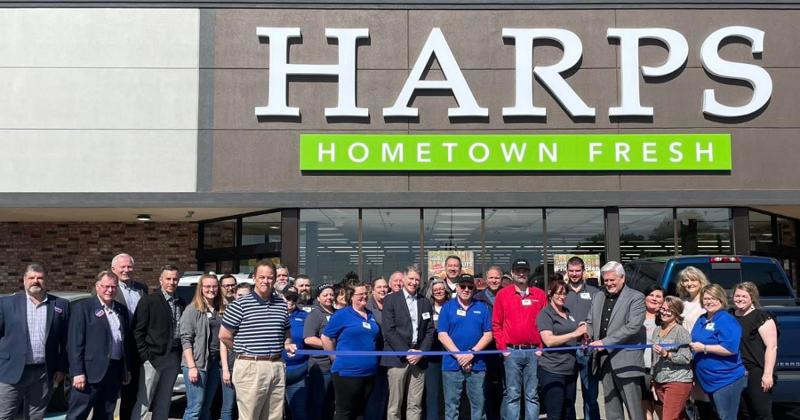 Springdale, Ark.-based Harps Food Stores Inc. opened its newest location at 301 W. Center in Greenwood, Ark., on April 27, making it the 12th Harps store in the Fort Smith metro area. The employee-owned company with stores in Arkansas, Oklahoma, Missouri and Kansas said in a statement that the 25,000-square-foot store will employ 18 part-time and 11 full-time employees.

Harps said the new location will offer fresh fruits and vegetables, including organics, along with Harps Black Angus beef, all-natural pork, and poultry; deli and signature bakery products; and other essential grocery items, including, health and beauty care, dairy and frozen. The store will operate from 7 a.m. to 10 p.m., seven days a week.

Founded by Harvard and Floy Harp in Springdale, Ark., Harps has 135 stores and now employs more than 6,900 associates.