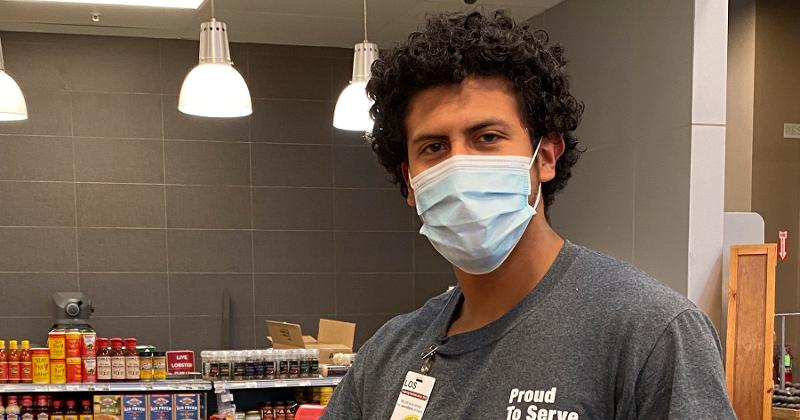 “Look for the helpers.”

It’s apropos advice, courtesy of my hometown’s unofficial patron saint, Fred Rogers, whose timeless wisdom reminds us of the importance of helpers, who have an unmistakable way of standing out with their simple acts of kindness and courage in times of crisis or disaster.

With this in mind, we dedicate our May print issue to the hundreds of thousands of countless grocery industry helpers who have put themselves in harm’s way since the outset of the ongoing COVID-19 pandemic to ensure that Americans have been able to feed and obtain necessities for their families—often at the expense of their own. The heroism displayed by our industry’s front-line and background support teams has decidedly not gone unnoticed, and it’s been profoundly gratifying to witness the public’s newfound appreciation for our industry’s—indeed, our nation’s—essential workers.

Equally gratifying is the number of retail CEOs who have stepped up to use their voices to deliver personal, heartfelt media messages to their associates in face of the global health crisis, which, as Executive Editor Jon Springer writes in our moment-in-time May cover story, has thrust food stores, without warning, into a national spotlight. The inspiring messages of solidarity, hope and encouragement from the likes of chief executives from Walmart, Kroger, Amazon, Hy-Vee, Sam’s, Raley’s and Smart & Final, among others, at once demonstrate their exceptional ability to be compassionate, caring leaders and highly effective, credible spokespeople.

While many of the spots feature the company’s highest-ranking leader publicly celebrating the hard work of its employees during the most trying period imaginable, others use voiceovers to convey similar sentiments saluting their internal associates, external supply chain partners and first responders to help reinforce to their audiences the sacrifices they are all making.

Michael Needler Jr., CEO of Findlay, Ohio-based Fresh Encounter Inc., also offers hearty props for his company’s “incredibly inspiring” teams. “They’ve built so much positive energy around our mission and brand during this time that the communities have really rallied behind our people,” says Needler, who also has been deeply gratified by knowing that customers “have really seen the value that we deliver in the communities. It’s been a combination of both exhausting and energizing simultaneously,” notwithstanding his murky crystal ball for what comes next.

Indeed, at a time when uncertainty seems like the only certainty, it would be good to see retail CEOs continue to serve as the face of their companies’ media campaigns for the foreseeable future, when issues such as worker safety, supply chain shortages, procedural and operational updates, and business continuity plans will continue to loom large.

Meanwhile, the industry will need to proceed with great caution as lockdowns lift. But when considering the sheer speed and trajectory of the impact of COVID-19, the wise words shared at press time in The Wall Street Journal by Scott Gottlieb, former commissioner of the U.S. Food and Drug Administration (FDA), and Stephen Ostroff, former FDA deputy commissioner and deputy director of the Centers for Disease Control and Prevention’s National Center for Infectious Diseases, are essential to keep in the forefront: “The virus will have fresh opportunities to spread as workers return to the job. Employers need to start crafting plans for safe, healthy and productive work environments in an age of COVID risk.”

The helpers and their customers deserve nothing less.