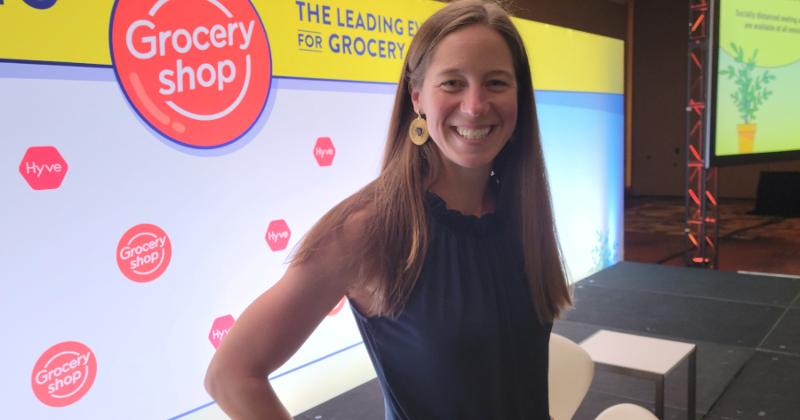 After more than a year in pandemic conditions—and now several months approaching a kind of post-COVID “new normal”—Kroger Co. has determined that one in every 10 of its customer households are thoroughly and permanently “omni,” or prone to shopping its digital channels and stores interchangeably, and as needed.

Though still relatively early in this new era of the omnichannel shopper, the change is prompting a concurrent need for the big retailer to better understand the perspectives of this flexible and growing cohort, and how that in turn can influence the company, which is where having a dedicated data and insights arm has come in especially handy.

“Long term, we all need to be considering the customer to be an omni-channel customer: Only more and more customers are going to become hybrid,” Barbara Connors, Vice President, Commercial Insights for Kroger’s 84.51° data science firm, said in a recent interview with WGB in Las Vegas, where Connors was a presenter at the recent Groceryshop conference.

“So from a branded retailer perspective, because we were in still in the infancy of this omnichannel shopper, but it is becoming a much more significant part of the business, it really is essential to focus attention on e-commerce insights and look at that from a customer perspective, so that we’re understanding how they use the channel,” Connors added. “And for those that have leaned in more, and skew more towards digital, to understand what they are doing, because that’s going to be a leading indicator of where the rest of the customers go.”

Insights about this shopper—gathered in surveys and based on upon analysis of purchase data from the 60 million households that shop Kroger regularly—helps to form the understanding of trends impacting the Cincinnati grocer, and the outlook shared by its executives.

Kroger CEO Rodney’s McMullen’s contention, for example, that the big shift in consumer spending on food consumed at home would outlast the pandemic is based in part on 84.51° findings that highlighted reasons beyond what Connors described as primarily external factors—COVID itself and the fact that food-at-home is cheaper—and toward more durable shifts in the consumer mindset: People have discovered that they enjoy cooking at home, and doing so has given them a sense they have more control over their diets, supporting their health and well-being.

“These are indicative of long-term changes,” Connors insisted, explaining that research the firm fielded only last month indicated that family dinners at home have reset at a higher level than they were prior to the onset of the pandemic—and that eating dinner out is less frequent than it was then, even as breakfast and lunch meals head back toward purchase and consumption at school, at work, or while commuting.

One in 4 families say are eating more dinners at home than they did pre-pandemic. One in 10 say they are eating out more.

“We asked families, ‘How’s your meal time changing since going back to school?’ Breakfast is moving towards on-the-go, which makes sense, but that’s a big shift from what was seen in the last year where hot breakfast and sit-down breakfast had of sort of resurgence,” she explained. “Lunches are on-the-go, which is to be expected. But dinner is where it’s interesting. One in four families are actually having more sit-down dinners together than they were before. And that’s compared to 1 in 10 that are saying that they’re doing takeout, and eating in restaurants, more.”

On the health front, 84.51°’s latest surveys reveal 50% of Kroger shoppers say that health is important to their eating decisions, but just 23% feel satisfied with their health compared to pre-pandemic. That latter figure is down from 30% fielded earlier this summer.

“So this [better health] is something we want, but only half of us are able to achieve it,” Connors noted. This points to “a moral opportunity” before brands and retailers to help shoppers make better choices. “Do it in a way where you aren’t sacrificing taste, or forcing them to pay more money for it,” she said. “Make it affordable, accessible, and desirable so that we can actually achieve the health goals that we all want.”

“The convenience trend is definitely worth noting,” she said. “Where we’re seeing that he play out is with meal time. Customers are telling us that they want help with all aspects of the meal, making it easier to prep, easier to actually cook, and easier to clean up too. Where we see that influencing retailers and CPGs is in making sure that as we’re bringing innovation to shelf, you’re prioritizing ready-to-cook, easy-to-cook meal options so that if you want to continue to cook at home, we’re making it as easy as possible for customers to do that. 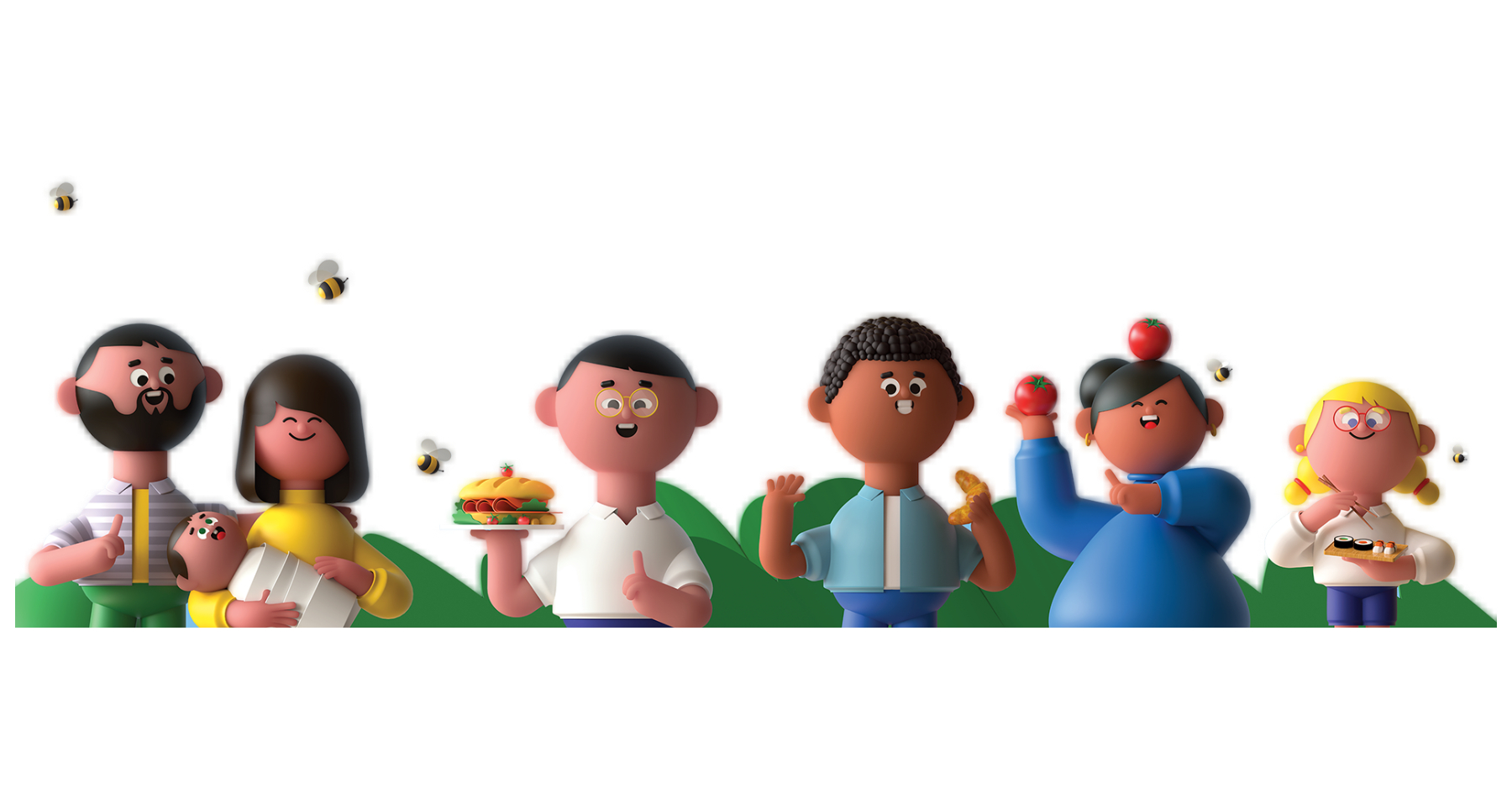 “To me, convenience fits into how you shop, where you pick up your groceries, and then once you get home, how you’re going to consume them,” she continued. “And there’s an opportunity for CPGs and retailers to help across that whole spectrum.”

Kroger is driving new revenues through establishing itself as a platform for its omnichannel shoppers through a separate division known as Kroger Precision Marketing, but 84.51° supports this group with data that is then presented to vendor partners, Connors said.

“Precision Marketing’s North Star is focusing on making media accountable, and we believe that companies like us, that have authenticated first-party data, are best positioned to do that because you can truly close that loop,” she said.

“We are also building out the ecosystem of offerings so that there’s a blend of opportunities to engage customers with hyper-personalized targeting and content that is engaging customers at that moment of purchase. We’re also leveraging partnerships, to create inspired, disruptive moments when you’re offsite.”

These for example include elements like boosted search giving CPG partners the opportunity to get items in front of shoppers while they’re shopping digitally, and partnerships with social platforms such as Pinterest, giving advertisers access to data so they can track the path between online discovery and purchase.

Data is also playing a role as Kroger pursues its social and environmental agenda. Over the summer, 84.51° studied the effectiveness of the company’s move to generate consumer donations supporting its Zero Hunger | Zero Waste social impact plan through register purchase round-ups.

“We measured the impact among loyal households, and in the households that are lower on loyalty spectrum, Connors said. “What we found was, among those who were already very loyal customers, donating to Zero Hunger | Zero Waste actually improved loyalty with them. And those on that low end, we saw a larger increase of households had actually moved up and became more loyal to Kroger.

“This was just by creating awareness with customers of something that is already a sustainability platform that is authentic and central to the Kroger brand,” she added. “And so I think it is a really powerful use case that says, you’re already doing this as a company, engage customers with it, so that if someone has the same passion, they can be part of the movement with you. It actually creates greater loyalty to your brand long-term. So it’s a, win-win-win for customers, retailers and the environment.”