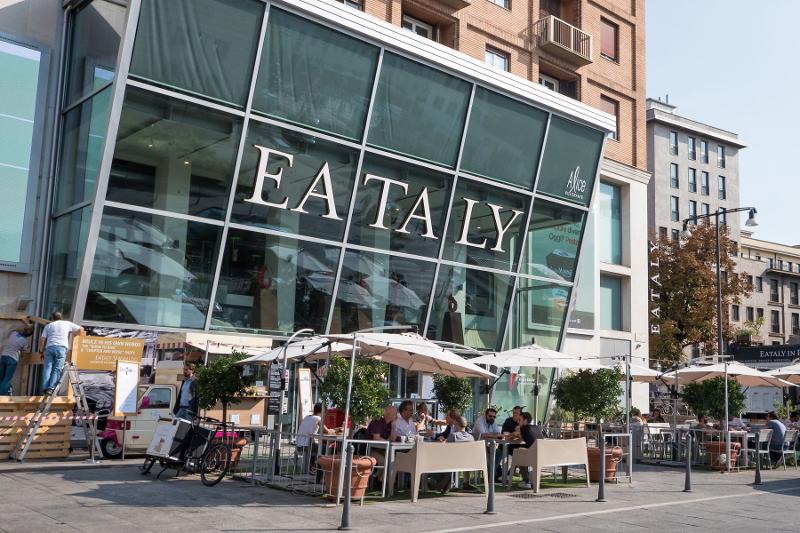 The “Made in Italy”-focused Eataly chain has been acquired by U.K.-based investment firm Investindustrial VII LP, which has plans to grow the hybrid market/restaurants globally, the company said Wednesday.

Investindustrial invested 200 million Euros, or about $198 million, and will take a 52% stake, becoming majority shareholder, with existing shareholders holding the remaining shares. Existing shareholders include Eatinvest, owned by the founding Farinetti family, along with the Baffingo/Miroglio family and Tamburi Investment Partners, represented by Clubitaly.

The deal will also allow Investindustrial to acquire all minority shares in Eataly’s existing U.S. stores, including the two in New York and units in Chicago, Los Angeles, Boston, Dallas and Silicon Valley. The Eataly in Las Vegas at Park MGM is owned by MGM Resorts International and managed by Eataly.

Locations in North America, which includes an Eataly in Toronto, are led by Chief Operating Officer Raffaele Piarulli, based in New York City, who will remain in that position.

Based in Monticello D’Alba in Cuneo, Eataly is a hybrid market and hub for Italian food and dining with eight locations in the U.S. and 44 locations globally in 15 countries.

The brand was once associated with celebrity chef and restaurateur Mario Batali, who was a minority shareholder and helped bring the brand to the U.S. Batali faced multiple accusations of sexual misconduct, beginning in 2017, and Eataly cut all ties to the chef in 2018 and divested his shares in 2019.

Investindustrial boasts investments of more than 2.5 billion Euros in the food sector, including private-label brands like La Doria, the meal-prep business Treehouse Foods and a restaurant chain called Dispensa Emilia.

Andrea Bonomi, chair of Investindustrial’s advisory board, said in a statement, “We are delighted to be able to support Eataly, an example of Italian excellence in the world, as a long-term partner.  Thanks to the vision and entrepreneurial ability of the Farinetti family, Eataly represents a unique and innovative player that has led the revolution of the concept of high-quality Italian food all over the world.”

The plan is to grow Eataly in North America, Europe, the Middle East and Asia, where the group is present with 16 franchised locations, the company said.

Nicola Farinetti in a statement said the partnership will propel the brand into a new phase of international growth.

“This partnership will allow us to strengthen our unique format worldwide, promote innovative projects related to innovation and enhance our capabilities,” he said. “We are happy to take this new path together with such a reputable partner as Investindustrial, who shares Eataly’s values and vision, and has chosen to support us in achieving our goal to be the Italian ambassador for ‘Made in Italy’ around the world.”