Now colorfully reintroducing itself after years of quiet reinvention, you could say there is a lot happening at Save A Lot these days.

“Like, a lot a lot,” says Tim Schroder, the discounter’s SVP of marketing, seemingly unable to help himself from quoting what’s probably become the industry’s most unexpected viral moment from its most unforeseen source.

Schroder, who joined Save A Lot a little more than a year ago after a career spent mostly in the world of restaurant marketing, is one of the driving forces behind Save A Lot’s recent move from darkness to light. It’s all encapsulated in a bright, clever and happily over-the-top musical celebration heading a comprehensive new marketing and branding campaign known as “Like A Lot A Lot.”

The headlining music video, shot by noted director Drew Kirsch and performed by up-and-coming hip-hop artists Tamara Bubble, Leon Evans and Sarai and a cast of dancing comic actors, has garnered an astonishing 2.7 million YouTube views and counting since its July 28 debut. It manages to cram years of strenuous behind-the-scenes work on the brand and its offerings—including reformulated and repackaged private brands, a slate of remodeled stores, a new logo and a parent company that’s transformed from a decidedly nondescript value retailer into a brand-focused wholesaler serving independently owned hard-discount stores—into an energetic two minutes. 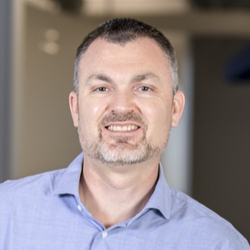 “I believe it’s crucial as an organization to continue to evolve and strengthen the brand and the business,” Schroder told WGB in an interview. “By the end of this year, we’ll have 300 of our stores fully remodeled and modernized. And we wanted to find a way to showcase these bright new stores, and to really tell people that something's going on at Save A Lot, and bring the energy, and the fun, that we have going on here.”

For Save A Lot and its parent company Moran Foods, it hasn’t been all fun and games getting to this point. Though seemingly well-positioned in the growing discount segment and well-known for value, the brand shed hundreds of stores over the course of its five-year transition while better-funded and savvy competitors such as Aldi and Dollar General have aggressively grown. Save A Lot was concurrently beset by tired stores, a brush with financial peril prior to its 2019 recapitalization and tensions between it and its independent licensees.

Save A Lot’s transition from a retailer to a distributor is reducing costs, while sharpening focus on serving a smaller cohort of better-performing stores with better merchandise and pricing. The new messaging acknowledges a need to better communicate that to its target discount shoppers—particularly young families, lapsed shoppers or those that may have overlooked Save A Lot—in a way that its competitors cannot.

“I hate to say it, but ‘Every Day, Every Way’ was the kind of tagline that you could apply to any competitor out there.”

“Our old tag line was ‘Save A Lot, Every Day, Every Way’ … and I hate to say it, but ‘Every Day, Every Way’ was the kind of tagline that you could apply to any competitor out there,” Schroder said. “And as we started looking at the grocery space, it’s what I like to call the sea of sameness. There’s a very formulaic approach to all grocery advertising that everybody’s using: It all looks and sounds the same. We needed to break out of that.”

While Save A Lot isn’t the only grocery retailer to have come to that conclusion recently—Kroger’s innovative introduction of emoji-inspired characters underpinning its “Fresh For Everyone” rebranding was based on a similar insight—putting forth a message “that only Save A Lot can own” was one of five key criteria Schroder had in mind for the Save A Lot campaign. The others were to translate the spirit and energy of the brand; to create an emotional connection; to reach younger and lapsed shoppers; and to create an adaptable message that could be deployed in multiple ways and in multiple mediums, Schroder said.

The Portland, Maine, advertising and branding firm VIA helped to turn these criteria into Save A Lot’s new campaign. The brand’s new energy is expressed in part through the ad’s vivid colors—showcasing both the new product packaging and brighter remodeled stores, Schroder said—while the joyful song and creative wordplay creates what he calls an “earworm” and related emotional connection. 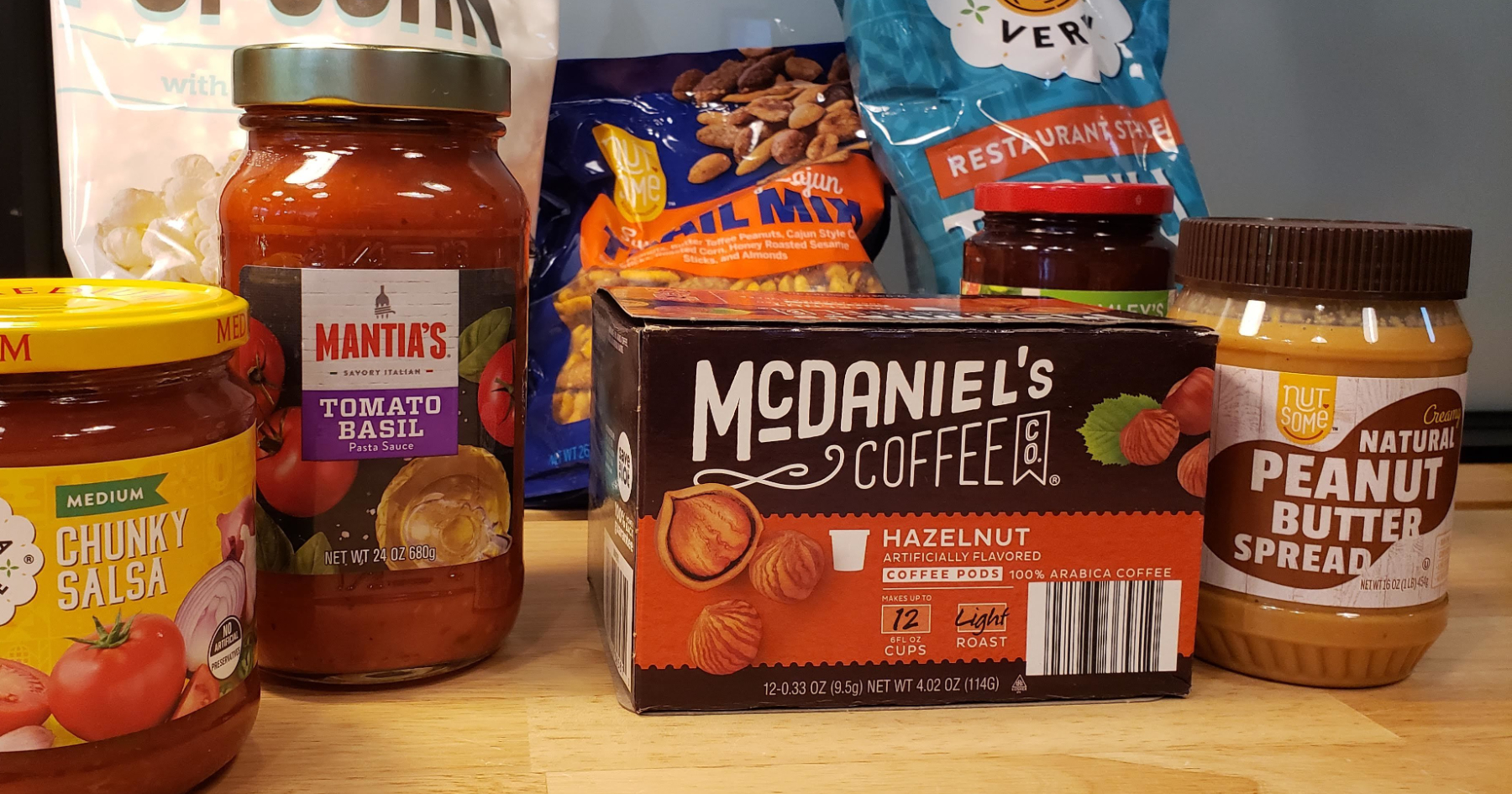 The campaign’s adaptability is a key to efficiently getting its message out as an everyday low-cost operator, Schroder said. For example, it creates a second use for the chain’s logo, utilizing the “dot” that in its logo resembles a wheel of a full shopping cart as a “Lot Dot” bringing “personality” to a variety of advertising activations.

The ongoing move to digital advertising, in the meantime, has brought costs down and precision up, providing independent operators a chance to affordably deliver a message that might have previously been out of their reach.

“The analogy I like to use here is, the old-school, traditional media was much more of a ‘spray and pray’ approach. And a one-store operator in Small Town, USA, can't afford to go buy traditional TV,” he said. “But what digital has done is move from that spray-and-pray approach to the Arnold Schwarzenegger/Terminator laser-focused scope, where you can now go buy online video and streaming TV video and you can buy that geo-focused, geo-concentrated around your story. And that local operator can buy by ZIP code. It’s much, much more efficient today than it’s ever been.”

Privately held Moran Foods does not disclose financial figures. Moody’s Investors Service estimated the company—which at the start of its transition in 2018 operated more than 1,200 stores with sales of $4.1 billion—to generate about $3.3 billion in revenue from around 1,000 stores in 2020. And while volumes benefitted from the onset of the pandemic last year and the associated eat-at-home trend, niche operators have also battled a tendency among shoppers to consolidate their trips during the crisis, favoring larger supermarkets. 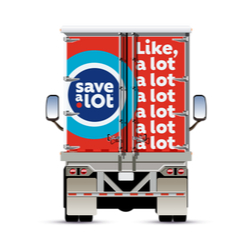 Rendering courtesy of VIA

This has heightened the overarching need for Save A Lot to reintroduce itself to shoppers—while also addressing the makeup of its base, Schroder explained. While the brand is focused on lower income shoppers generally, and the ethnic makeup of them vary widely by market, Save A Lot’s appeal today skews toward older shoppers, and could use an injection of higher-spending young families.

“Our goal with this campaign is to continue to appeal to our existing core demographics while appealing to a younger demographic,” he said. “Without getting into specifics, we overindex and skew a little bit older, depending on the markets in which we operate.

“So it’s a question of how can we appeal to a younger demographic, and expose us to new customers who may not have heard of us before, or most important, [those for whom] we were not in their consideration set,” Schroder continued. “Especially since COVID, the number of stores that consumers have in their consideration set has shrunk, so they’re making fewer trips, but on those trips, they’re spending more and buying bigger baskets. And so, we’ve got to find a way to expose ourselves first and foremost to those cases where we may have dropped out of that consideration set, and more important, to expose us to new consumers, to get into those consideration sets as part of their overall shopping experience and their shopping journey on a weekly and monthly basis.”

Schroder said it’s far too early to point to specific business benefits of the campaign but “we’re very optimistic.”

It will measure its effectiveness against awareness baselines established as part of initial research, with a goal of translating that awareness into business gains.

Test audiences for the new messaging as it developed—which included independent licensees, management and field staff in addition to focus groups of loyal shoppers and noncustomers from the same ZIP codes—have been overwhelmingly positive about the campaign, said Schroder. In other words, they like it, like a lot a lot.