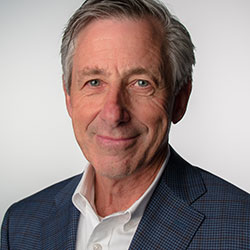 Donald’s ascension represents something of a change of plans for Albertsons, which had intended to name Rite Aid’s John Standley as CEO until Albertsons' planned merger with Rite Aid was suddenly called off amid investor unease.

Miller and Donald are two of grocery retail’s pre-eminent leaders.

Donald is a 47-year retail veteran who rejoined Albertsons as COO and president in March. Formerly CEO of Starbucks, Pathmark, Haggen and Extended Stay America, Donald also was Safeway's Eastern Division president earlier in his career and was instrumental in the creation of Walmart’s Supercenter concept. Donald began his career with Publix Super Markets and previously held key roles with Albertsons and Safeway.

During his tenure at Starbucks, where he was CEO from 2002 to 2008, Donald led the company through five straight years of more than 20% annual earnings increases, and he most recently helped Extended Stay launch a $565 million initial public offering.

“Jim is an exceptional retailer. In the seven months since he joined Albertsons Cos., he’s flown tens of thousands of miles and met personally with thousands of employees in hundreds of our stores, distribution centers, manufacturing plants, and offices around the country,” Miller said in a release. “His expertise in listening to front line employees and customers, facilitating employee engagement and generating sales is unmatched, and there is no better leader for Albertsons Cos. at this stage in our evolution.”

Miller’s 57-year retail career began with a high school job in Southern California in the backroom of a neighborhood supermarket. He took on roles of increasing responsibility, culminating in his becoming EVP of operations for Albertsons Inc. Miller left Albertsons in 1991 and went on to become CEO of Fred Meyer; COO and vice chairman of Kroger; and CEO of Rite Aid. In 2006, Miller returned to lead Albertsons LLC as CEO following the divestiture of Albertsons Inc.’s assets.

“Albertsons is uniquely positioned to operate in both a ‘four walls’ traditional environment and the ‘no walls’ world of technology,” Donald said. “We serve 34 million customers each week across our 2,300-plus stores and serve 5.5 million patients in our 1,700-plus pharmacies. That’s a significant food, health and wellness footprint. We’re well positioned to serve the evolving needs of today’s customer, wherever and whenever they choose to shop with us. I am looking forward to leading this dynamic company as we focus on innovation and customer-centric retailing in all its forms.”