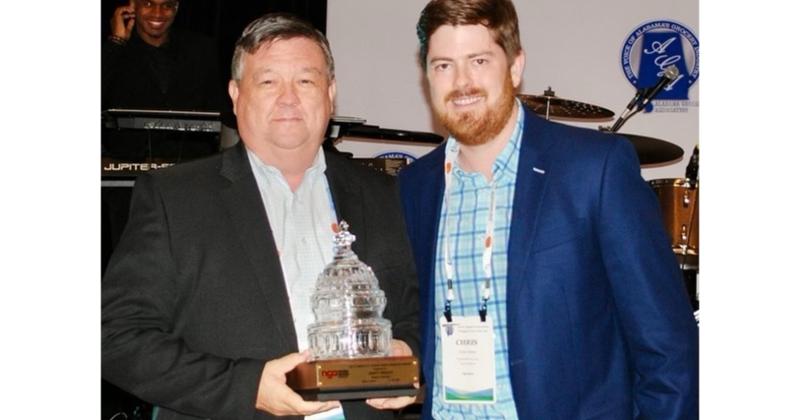 The National Grocers Association has honored Jimmy Wright, president of Wright’s Market in Opelika, Ala., with the Clarence G. Adamy Great American Award, which is given is to an individual or company whose leadership in the food industry best exemplifies active and effective participation in government relations as a citizen and industry representative.

Wright received the award July 26 during the Alabama Grocers Association 2021 Convention at the Sandestin Golf & Beach Resort in Destin, Fla.

“Jimmy Wright embodies the finest qualities of servant leadership among independent community grocers,” NGA President and CEO Greg Ferrara said in a release. “His efforts to educate our nation’s leaders on the importance of independent community grocers to the country, including presenting testimony before the U.S. Senate and House Agriculture committees, has helped propel NGA’s advocacy efforts on behalf of its members. Jimmy’s unique ability to bring the perspective of a forward-thinking single-store operator has had a profound positive impact on our industry by helping elected officials understand firsthand how policies and proposals impact independent community grocers.”

In September 2020, Wright testified before the U.S. House of Representatives Committee on Small Business on behalf of NGA to discuss the effects of the pandemic on food businesses. In his testimony, Wright called out how the pandemic has demonstrated a tilt in the economic playing field against small independent operators in several ways, including lack of antitrust enforcement, dominance of power buyers in the marketplace and limited ability to sell products to SNAP customers online. (Wright’s Market was part of the pilot program for SNAP online.)

In addition to his work with NGA, Wright is a member of the boards of directors of the Alabama Grocers Association and Alabama Retail Association. He currently serves on NGA’s Government Relations Committee and regularly joins NGA during its Washington fly-ins to press the case in Congress for the independent grocer.

In his community, Wright serves as a commissioner on the Opelika Housing Authority, which he told WGB allows him to work with the local government to improve access to affordable housing throughout the community. He also serves on the board of directors of the East Alabama Medical Center Foundation. “The connection between food and medicine is obvious; however, an inside view of the healthcare industry has demonstrated to me what a difference grocers can make through health and wellness initiatives in their stores, by partnering with local healthcare providers,” he said in an interview last year.

Wright began his grocery career in 1973 at age 12 as a bagger at the Opelika store his father managed, which Wright has owned since 1997.

Initiated in 1982, the Clarence G. Adamy Great American Award is named after Clarence Adamy, a past president of the National Association of Food Chains who was active in public and government affairs, having served as patronage chief and personnel director of the Republican National Committee during the Eisenhower administration.