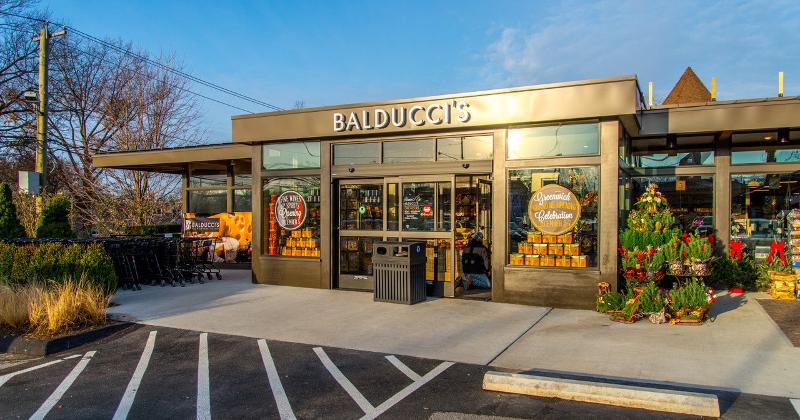 The parent company of Kings Food Markets and Balducci’s Food Lover’s Market has filed for Chapter 11 bankruptcy protection in order to facilitate a sale.

The Parsippany, N.J.-based company, which operates 25 Kings stores and 10 Balducci’s units in the Northeast, has a $75 million stalking-horse offer from TLI Bedrock, a New York-based investment firm, to acquire 30 of its stores. PJ Solomon, serving as a merger-and-acquisition investment banking adviser to the company since early last year, said Kings would be soliciting higher and better bids following the approval of bidding procedures by the court.

The company, whose stores tend to serve upscale, high-spending shoppers, has passed between several private investment firms in recent years. Its current owner, KB Holding Inc., is affiliated with GSSG Capital, a Qatar-based investment firm, which acquired it from Angelo Gordon & Co. in 2016. That group had acquired Kings from London-based retailer Marks & Spencer in 2006, and acquired the gourmet specialty chain Balducci’s, also from private investors, in 2009.

Kings has faced considerable financial issues in recent years, according to documents filed in the Southern District of New York Bankruptcy Court. Due to high debts and increased industry competition since 2018, the chain underperformed its business projections, leading to multiple defaults under credit agreements and missed interest payments.

In the 52 weeks ending July 25, 2020, the debtors reported approximately $589.4 million in sales, gross profit of $236.5 million, and adjusted EBITDA of $34.8 million. However, the company posted an $8.6 million loss in the same period as sales declined pre-COVID and because of overwhelming debt obligations. Financial obligations have prevented the company from investing in its store base, while competitors in the greater New York market have increased sales and share in recent years.

“While the increase in sales during the COVID-19 pandemic has provided KB with a brief respite from its liquidity challenges, the debtors recognize that the pandemic will not persist indefinitely and has created uncertain and unprecedented circumstances,” said Benjamin Jones of the Ankura Consulting Group appointed as the chief restructuring officer for Kings. “Accordingly, it is more critical than ever for the debtors to execute their sale strategy expeditiously and continue as a going concern to save jobs and supply their communities with necessary goods.

Kings filed for bankruptcy after a year-long sales process failed to find a buyer willing to take on the company’s labor and pension agreements. According to a declaration by Jones, the TLI Bedrock stalking-horse offer included a provision to negotiate with representatives of labor unions representing Kings workers but the sides were unable to come to agreement within the agreement’s 30-day time period.

“Accordingly, the board concluded in the exercise of its business judgment and as fiduciaries for all of KB’s stakeholders that the best and only viable path to maximize the value of KB’s business and preserve thousands of jobs is to commence these Chapter 11 cases to facilitate a sale free and clear of liabilities and seek relief through bankruptcy code sections 1113 and 1114, if necessary, with respect to the debtors’ labor and pension obligations,” Jones wrote.

The company is seeking a speedy Chapter 11 process, with “milestone” goals of conducting an auction by Oct. 8 and confirming a plan Dec. 18.

“The debtors believe that if they cannot achieve a free and clear sale within the required time period prescribed by the milestones, all of the value created and preserved through the prepetition sale process will be lost, and the debtors could be left with no choice but to liquidate their business in a fire sale and piecemeal fashion.”

Kings was founded in 1936 in Summit, N.J., and grew in wealthy suburban communities around New York. Its most recent growth initiative saw a rebranding of the chain with appeal to home chefs with large kitchens and interest in fine foods, with stores adding elaborate foodservice departments, high service and increasing selections of gourmet items, such as imported cheeses and organic foods. Balducci’s, founded as a New York fruit stand by Italian immigrants in 1915, had an exceptional reputation for quality but had struggled along with peers in New York’s urban gourmet space, which has seen storied names such as Dean & DeLuca, Gourmet Garage and Fairway fade away amid home-delivery specialists like FreshDirect and an influx of Whole Foods Markets and Trader Joe’s chain stores.

Balducci’s most recently had been growing outside of New York and in applications of its brand equity in areas like airport food courts.