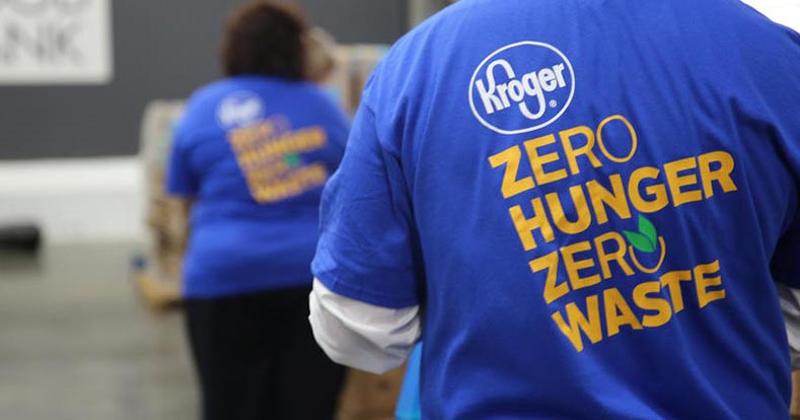 Driven by its Zero Hunger, Zero Waste corporate initiative, the Kroger Co. says its effort to reduce supermarket food waste has had an immediate effect. The retailer this week said the company has reduced food waste by 9%.

Kroger said it was able to do so by creating measurable improvements in its retail operations and training and encouraging its associates to employ more environmentally conscious practices. Kroger Chairman and CEO Rodney McMullen remarked on the importance of such corporate efforts in effecting change for the greater good.

“We know our customers, associates, stakeholders and investors care deeply about people and our planet,” McMullen said in Kroger's annual Environmental, Social and Governance Report, released this week. “The world around us is changing too—a warming climate, global population growth, loss of biodiversity, water scarcity and more. These eco-realities affect our collective ability to feed people today and in the future. They are also the force behind Kroger’s Zero Hunger, Zero Waste plan.”

McMullen noted that 40% of food produced in the U.S. is thrown out, and that 1 in 8 people are food insecure. He notes that redirecting just one-third of wasted food could more than feed Americans struggling with hunger each year.

“Today doing the right thing for society and being environmentally sustainable are table stakes for corporations,” said Jessica Adelman, Kroger’s group vice president of corporate affairs and chief social impact officer. “Our progress in each of the environmental, social and governance aspects of sustainability are a direct result of these innovative and intentional efforts.”

Earlier this year, the company also announced up to $1 million in grants to companies that are innovators in reducing food waste. With awarded amounts ranging from $25,000 to $250,000 per project, Kroger announced that future proposals would be evaluated by directors of the retailer's Zero Hunger, Zero Waste campaign in conjunction with it advisory council of leaders from World Wildlife Fund, Feeding America, ReFED, Kroger Technology and 84.51.

Along with the Zero Hunger, Zero Waste campaign, the Cincinnati-based retailer has also begun to fit a distribution center in Paramount, Calif., with 7,000 solar panels while also reducing 9.1 million pounds of plastic resin in the packaging of its private label brands.

In addition to boosting sustainability efforts, Kroger also says that it spent more than $2.6 billon with women- and minority-owned businesses in 2018.