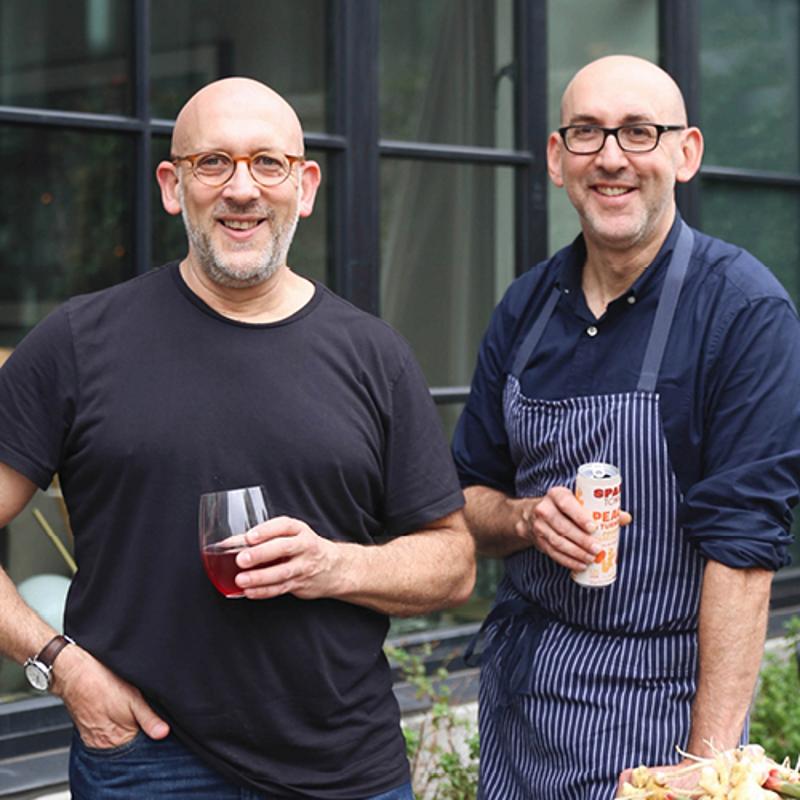 For upcycled food entrepreneurs such as Spare Food Co., participation in Kroger’s Innovation Fund represents an opportunity to innovate at high speed.

Brothers Adam and Jeremy Kaye jumped into the burgeoning upcycled food movement by turning a yogurt byproduct into a chilled health tonic brand now hitting grocery stores, specialty outlets and restaurants around New York, but that was only their first trick.

“If we’re going to make change at scale, we can’t be selling ones and twos. We have to be selling pallets,” says Jeremy, CEO and co-founder of the Spare Food Co.

Financial support and mentoring by way of its participation in a $2.5 million Innovation Fund from Kroger’s Zero Hunger | Zero Waste Foundation and investor Village Capital could help make that happen.

The Kaye brothers see upcycled food not as a product but as a movement, and their intention is to use Kroger and Village’s support to bring a new product to life. Without divulging too many details, Jeremy describes the product as a meal starter for restaurant and foodservice clients based on farm products that typically never leave the farm—the idea clicks together their vision of sustainable and culinary-forward food, with a business case around the opportunity to provide clients more pre-prep efficiency in a labor-constrained industry.

Jeremy’s background is in the sustainable outdoor apparel industry, while Chief Culinary Director Adam is a chef from Dan Barber’s famed Blue Hill restaurant. They descend from three generations of chefs in their native South Africa. Adam was the culinary director of Blue Hill’s 2015 WastED pop-up concept, which featured high-end preparations of kitchen leftovers and other neglected parts (its menu playfully featured Dumpster Dive Vegetable Salad and Fried Skate Wing Cartilage and ingredients like fish skin, squash seed pulp, olive brine and broken razor clams) that was seen as something of a Big Bang for what would become known as the upcycled food movement.

“Adam didn’t come up with this expression, but something that he talks about a lot is that when working in charcuterie, or in butchery, the only part of the pig you don’t use is the squeal,” Jeremy says. “Why is it that we have assigned value in our food system to certain parts of plants and animals and not to others? And what happens when we take that mindset of latent value of ingredients for opportunities to do more than what we already have?”

Spare Food’s tonics, in three varieties, each use just four ingredients. The star is whey, or the liquid strained away—and most often, discarded—in the production of Greek-styled yogurt (Spare Food’s source is The White Moustache, a Brooklyn specialty yogurt brand). Jeremy describes whey as something of an overlooked superfood, high in probiotics, vitamins and minerals that support gut health and immunity.

Kroger officials say the Innovation Fund supports entrepreneurs making headway in waste and hunger reduction while providing a peek into food trends that might be slightly ahead of the mainstream. It considered 145 applicants for the program and selected 10 to receive $100,000 each in initial seed money.

“Enabling early-stage innovation is critical to our mission to create more resilient communities that are free of hunger and waste,” said Denise Osterhues, president of The Kroger Co. Zero Hunger | Zero Waste Foundation. “The Innovation Fund is designed to support game-changing ideas for building a more efficient and sustainable future food system for people and our planet. The pandemic and its continued impacts are a constant reminder that our country cannot afford to waste surplus food any longer.”

“I think for next-generation eaters, diners and shoppers, there’s a real belief in what I’m putting in my body and the connection of that to what’s better for the planet,” he says. “We can’t all afford to drive a Tesla. We can’t all afford homes that we can put solar panels on. Those of us fortunate enough to be able to afford choice around the three or five meals we eat each day have a sense of agency. You can actually make a difference in the choice of the products that you purchase. Every dollar I spend is a vote for the world I want. I think there’s something to that.”

Click here to return to the complete 2021 Winsight Grocery Business of the Year report.