John “Jack” Norman Leevers, who expanded his father’s grocery store into a family-run and employee-owned chain of independent stores in Colorado, passed away late last month at age 76.

Leevers Supermarkets, based in Franktown, Colo., today operates 17 stores under the Save-A-Lot and Colorado Ranch Market banners. The company is run by Jack’s sons, John and Chris Leevers, and was this year named as one of WGB's 2019 Remarkable Independents in the digital engagement category. 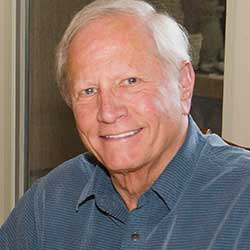 Jack Leevers was born in 1942 in Devils Lake, N.D. His father, Norm, ran Norm’s IGA, a grocery store Jack worked at as young as age 10. Jack also grew up playing hockey and graduated from Central High School in Devils Lake. In 1960, he joined the U.S. Navy, serving in China, Japan and on a destroyer delivering the first U.S. troops to Vietnam, his family said.

Upon returning from service, Jack enrolled at University of North Dakota while helping in his father’s stores. While working as a bartender, he met his future wife, Sharon, with whom he celebrated 50 years of marriage last year.

Along with his brother Bob, who joined the company in 1975, Jack kept adding stores in North Dakota until 1984, then expanded to Pueblo, Colo., opening what the company described as the largest-volume County Market store in the country. For more than 20 years, Jack served on boards, donating his time to the Hockey Booster Club, Ramsey Bank Board, North Dakota Grocers Association and the Presbyterian Church board. Among the many honors he earned, he was named Grocer of the Year in North Dakota in 1989.

His family described Jack’s proudest moment as when his oldest grandchildren joined the company in 2018. He is survived by his wife, Sharon; sons John (Tania) and Chris (Carren); daughter Antena (Miles); grandchildren Taylor, Alexis (Martin), Kayla (Nick), Lachlan, Marin, Spencer, Ella, Tatum, Gately and Jack; and a great-granddaughter, Naomi. He died at his home in Mesa, Ariz., on Jan. 22, 2019.