In a move the company says affirms its commitment to its nascent U.S. expansion, Lidl has appointed Roman Heini to U.S. chairman, a new role in the organization. Heini, an international veteran of Lidl’s hard-discount rival Aldi, will join Lidl’s existing U.S. management team in Arlington, Va., working alongside U.S. CEO Johannes Fieber, who joined the company in June.

“Roman’s decision to relocate to our Arlington headquarters with this appointment underscores Lidl’s commitment to the U.S. and is a major step forward in positioning us for dynamic growth,” Fieber said in a statement. “I look forward to welcoming Roman to the U.S. and driving Lidl’s success together.” 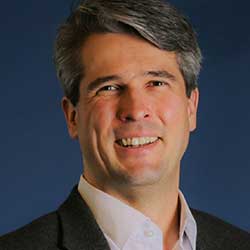 Heini is an 18-year veteran of Lidl’s Germany-based rival Aldi who joined Lidl and its German parent company Schwarz Group in October, reports said. Industry watchers in Europe say he was an influential executive who helped to bring Aldi to new distinction during a stint as co-leader of its U.K. unit from 2010 to 2014. Aldi registered explosive growth in that period as its program of low prices and quality upgrades supported by efficiency stole considerable share from Britain’s leading grocers. “He oversaw their rise to prominence and did lots of good things,” Steve Dresser, a U.K.-based consultant with Grocery Insights, told WGB.

Jumping from Aldi, which Heini left in April of 2017, to Lidl was seen as “an audacious coup” for the latter, Mike Dawson, a columnist for the German trade Lebensmittel Zeitung, told WGB. “It is true that they have both poached from each other over the years, but never, if I am remembering properly, at such a high level.”

Dawson said he views the appointment of Heini as an indication Lidl needed a “troubleshooter” in the U.S., saying Heini’s advantages include not only a thorough knowledge of its main discount rival in Aldi—but also, good command of English.

Heini joins Lidl as its U.S. unit attempts to shake off initial market missteps and attain the growth first envisioned when its reported $4 billion foray to the U.S. began. Lidl has experienced mixed results since opening its first stores in 2017 and still hasn’t reached a previously stated ambition of up to 100 U.S. stores in its first year of operation.

The company dialed back dozens of planned projects after its initial fleet showed underwhelming results, leading to new U.S. leadership behind Fieber last year and a willingness to take on new store formats and direct investment toward larger markets than the typically smaller Southeast towns where it first opened. The company is now opening smaller U.S. locations more typical of its international fleet and that of Aldi, which itself is experiencing explosive U.S. growth. Lidl also recently made its first major U.S. acquisition, acquiring 27 stores from Best Market in the New York metro area that will seed an invasion of denser and higher-spending markets.

Lidl said Heini and Fieber would continue to focus on supporting and optimizing Lidl’s U.S. store operations, its Best Market integration, and the grocer’s ongoing expansion into new markets along the East Coast. In connection with the move, Lidl said it would reassign Michael Aranda, a member of Schwarz Group’s international board who assumed U.S. oversight in September 2017. Aranda was based in Schwarz’s Neckarsulm, Germany, headquarters. Sources said Aranda's appointment was the first signal of distress at the performance of Lidl’s initial U.S. fleet.

“Heini’s appointment as chairman also reflects the company’s commitment to the American market and strengthens Lidl’s ability to support dynamic business development in the future,” the company said.

This story was updated with additional comment from Mike Dawson.