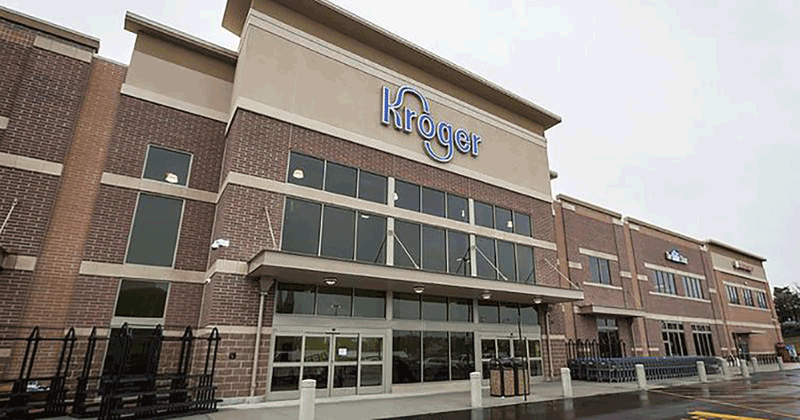 Kroger Co. officials said they expect the heavy investments of 2018 would begin providing more momentum in 2019, but the market is concerned whether that would be enough to meet its growth ambitions, particularly in light of an earnings disappointment during its fiscal fourth quarter.

“I want to acknowledge that the team here at Kroger realizes that we have our work cut out for us as the market points up this morning,” Rodney McMullen, CEO of Kroger, said in opening remarks at a conference reviewing the quarter and fiscal year, which ended Feb. 2. “We realize business transformations are hard. But I want to emphasize we are on track to deliver on our Restock Kroger commitments.”

Though Kroger forecast a slight increase in comparable-store sales in the new year and earnings-per-share guidance above current analyst consensus, an earnings miss in the fourth quarter—triggered in part by a 93-basis-point drop in gross margins—appeared to rattle investors who had driven Kroger’s stock price by around 10% on the day. Some analysts on the conference call also appeared concerned, with some asking the company to address whether its core business was strong enough to support the growth initiatives built atop it as part of the Restock program.

The new fiscal year is the second year of a three-year “Restock” plan to transform Kroger. The program includes building digital capabilities, reconfiguring hundreds of stores and enhancing alternative profit streams. Kroger invested heavily in many of those initiatives during 2018, officials said, and are expecting them to turn into tailwinds this year.

Remodels are one such area, McMullen told analysts. Though the program—which resets adjacencies and assortment to better reflect changes in shopping patterns—proved more distracting to shoppers than the company would have liked, “we’re finally starting to see where they positively adds to our identical [store sales],” McMullen said. This performance was evident in stores that have been reopened for more than 12 weeks. “It’s been slower than we expected, but it’s nice to finally see.”

McMullen also said the company was expecting 20% profit growth and more expansion of alternative revenue streams in the new year, including media, personal finance and the 84.51 analytics arm. These and other new streams would grow out of the company’s heavy investments in digital shopping during 2018, he said.

Kroger’s overall sales decreased by 9.1% in the quarter to $28.1 billion but when adjusted for an extra week in last year’s fourth quarter, the disposition of its c-store business and other items, quarterly sales increased by 1.6%. For the year, sales totaled $121.2 billion, or an adjusted increase of 2%.

Gross margins in the fourth quarter were 22% of sales, a 93-basis point decline from last year’s period. Chief Financial Officer Mike Schlotman explained that better worker retention and higher pay—results of investments made earlier in the year—triggered headwinds in vacation accrual. Also, he noted, achieving higher identical store sales triggered bonuses that also cut into profits. Investments in the supply chain to support expansion of the Kroger Ship direct channel, also ate into profits, said Schlotman, who is set to retire soon and be replaced by Gary Millerchip, who presented the company’s 2019 outlook.

Schlotman remarked the quarterly call was his 77th as CFO, reflecting more than 19 years in his role.

In reviewing highlights of the 2018 year, Kroger cited achieving more than $1 billion in cost savings through process improvement; a 58% increase in digital sales fueled by the expansion of pickup or delivery to 91% of its households; and its best year for private brands, which reached 30.5% unit share led by Simple Truth, which grew by 15.3% to $2.3 billion in sales.