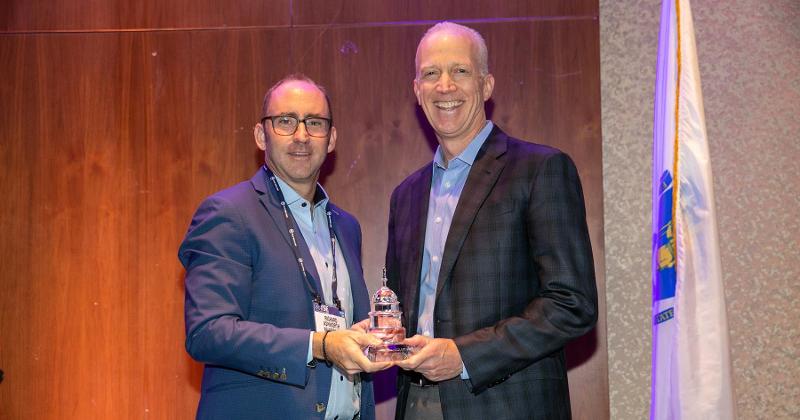 H-E-B of San Antonio was honored for its political engagement during the Political Involvement Reception at the National Association of Chain Drug Stores' (NACDS) Total Store Expo in Boston.

Martin Otto, chief operating officer for H-E-B  and a former NACDS chairman and a current board member, accepted the 2019 Politically Engaged Pharmacy (PEP) Award—presented to a company or individual who has demonstrated exceptional commitment to the advancement of pharmacy through political engagement—on behalf of the retailer in recognition of its exemplary leadership and participation in the NACDS Political Action Committee, which supports federal congressional candidates who advance pro-patient and pro-pharmacy policies.

“Under the leadership of Martin Otto and his team, H-E-B helped to advance pro-pharmacy, pro-patient legislative priorities, exemplifying their steadfast commitment to these goals,” Richard Ashworth, president of operations for Walgreens and vice chairman of NACDS, said in a statement.