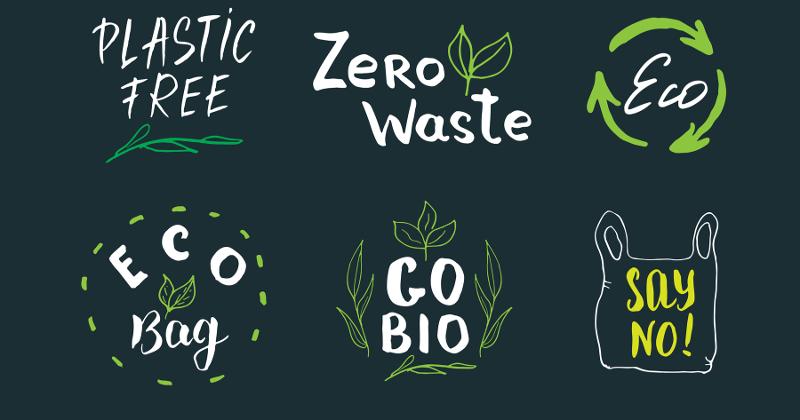 For independent natural grocers seeking to thrive in today’s highly competitive marketplace, standing out from conventional retailers, digital purveyors and each other is critical to success.

Upholding stringent ingredient standards as well as committing to organics, animal welfare, fair trade, regenerative agriculture and local and minority-backed vendors can be important differentiators, revealed the retailers who participated in the Natural Champions Confab: Town Hall, part of New Hope’s Natural Products Expo Virtual Week, which kicked off May 24.

Here’s how seven natural grocers from coast to coast are distinguishing their product assortments from the rest.

For Jimbo Someck, who founded Jimbo’s—a natural grocer with four stores in San Diego—it’s been about organics from day one.

“Organic is the gold standard that we build our philosophy on,” said Someck, who explained the grocer’s evolution over the past few years has been a move from a produce department with “a little bit of conventional” to 100% organic, a bulk department that is also 100% organic, and a foodservice area that is 98% to 99% organic. “We keep pushing the organic envelope,” he asserted.

Established in 1984, Jimbo’s continues the push today. While the grocer is a strong supporter of Non-GMO Project Certified, it still wants to see organic on the label. “Even the non-GMO label is probably not going to be sufficient for us,” said Someck, who added that Fair Trade Certified, local and sustainably packaged are also deciding factors when considering new product introductions.

More recently, regenerative organic agriculture has moved to the fore at Jimbo’s, which has started calling it out in its stores to build customer awareness. “We think that’s going to be organic-plus to us. We are starting to seek and search out those products that have some level of regenerative organics in there, and we think it’s really the next level for us,” Someck said.

The drive to grow its offerings made from regenerative organic agriculture is also a point of differentiation for Jimbo’s.

“We feel there’s been a lot of movement toward the center with a lot of stores—whether it’s conventional stores or natural stores—moving to [carry] products that are questionable for us. Pushing organics—it’s a differentiator for us. It’s what brings us our customers,” said Someck.

Dean Nelson of Dean’s Natural Food Market, a grocer with four locations in New Jersey, is committed to growing his stores’ products made with passion that are non-GMO, organic and free from the grocer’s long list of ingredient no-nos.

In addition to hot trends in “clean plant-based foods, particularly in refrigerated and frozen,” Nelson also sees grass-fed meat on the move as well as other premium proteins and bakery items. And across the store, sustainable packaging is increasingly critical, added Nelson, who notes that products with reduced packaging tend to get prioritized merchandising in-store.

But when it comes to introducing new products at Dean’s, truly new is key. No “me-too” products for this natural grocer, said Nelson.

Independents always take pride on being first to market, said Nelson, who added that he looks for products that haven’t already launched as an exclusive with another grocer. What’s more, said Nelson and the other natural grocers at the Town Hall meeting, leading indies have enough industry clout that they can call their distributors to help shepherd new products into distribution when necessary.

But it’s not enough to deliver the latest and greatest. New products are most successful when supported by both the retailer and supplier, added Hoffmann.

“We’re always looking for an opportunity to create something new for our customers and give them a reason to come back and visit us,” said Hoffmann, who looks for “the vendors we’re able to build a long-term partnership and relationship with, set up annual programs and ad campaigns.

“We also have a loyalty rewards program that we’re expanding into digital couponing and other opportunities,” she added.

Whether it’s “blow out deals” or products that speak to a lifestyle choice, Green Acres curates its stores with the goal of wowing shoppers.

“Space is getting tight and we’re not looking for the same products in multiple different forms,” said Hoffmann. “We are looking for new and innovative products where our customers are going to say, ‘Wow, they really are staying cutting edge.’ ”

“The ‘whole’ aspect of simple ingredients that are nutritious and organic, regenerative agriculture, non-GMO is really the focus of what we like to bring to market,” said Terry Brett of Kimberton Whole Foods, a natural grocer with six stores in and around Kimberton, Pa. “We are also very passionate about fair trade and fair trade organic specifically.”

But when it comes to what sets this natural grocer apart, local is central to the story. The grocer has more than 200 relationships with local vendors, many of whom supply the grocer direct from their farms, explained Brett.

Kimberton Whole Foods also has its own distribution center for local products, helping the grocer to save on distributor fees and pass those savings on to customers. “We endeavor to make what is more expensive food less expensive for more people,” he added.

Mom’s Organic Market is on a mission to protect and restore the environment, said Claudia Crowder during the Town Hall. In support of this vision, Mom’s sells 100% organic produce.

“It’s been exciting to watch meat and dairy alternatives clean up their ingredient panels over the years,” as well as more SKUs becoming organic, said Crowder, who noted these are the products Mom’s has its eye on now.

Like his fellow natural grocers in the Town Hall, Scott Owen of PCC Community Markets said the 15-store Seattle-based co-op is driven “to be local as much as possible. We’re really going for that local, organic, non-GMO product if we can possibly find it,” added Owen, who said about one-third of PCC’s sales come from products that are locally sourced throughout Washington, Oregon, Southern British Columbia and Idaho.

In addition to local, PCC Community Markets is focused on animal welfare and sustainability.

“Animal welfare is obviously always an important aspect, so we developed an entirely new self-grading system for animal standards,” said Owen. “It’s really about giving our members and other customers [reassurance] that what they are going to buy at PCC has been researched and vetted.”

And the work on making and sourcing better, more humane and sustainable products will never end, added Owen. “I hope new brands never stop coming to us. My best day ever is when I can find a local brand that has decided to go organic and we can help them with that vision,” he said.

With five locations in the Louisville, Ky., area, Rainbow Blossom Natural Food Markets and Wellness Center has been serving the community and partnering with local farms since 1977. And today, Rainbow Blossom still strives to offer its shoppers something different.

“We are looking for products that are unique,” said Rainbow Blossom’s Summer Auerbach. “One of the things that we have found in doing customer surveys is that over 80% of customers shop with us because of the unique product selection that they can’t find anywhere else.”

As a result, Rainbow Blossom looks for strong partners—brands that are game to demo, offer support and collaborate on promotions, said Auerbach. Also critically important to Rainbow Blossom is supporting minority-owned businesses.

“As an independent, we have always been ahead of the curve in terms of bringing in new products and we want to be on the cutting edge of that,” she said. “It feels like a lot of brands are trying to get into mass market and then come into the independent channel. We really want to work with brands that want to launch with independents and grow their brands through us.

“We’re also very intentional about supporting minority-owned businesses, [and] looking at that as an important product attribute,” she said.