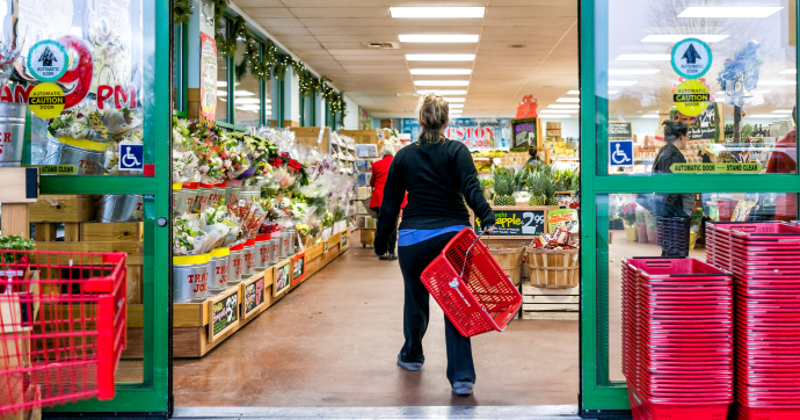 Consumer confidence fell for a third straight month in September, the not-for-profit Conference Board reported Tuesday, as concerns about the delta-driven surge in new coronavirus cases dampened consumers' assessment of both current economic conditions and their short-term financial prospects.

After reaching a recent peak of 128.9 in June (with 1985's first survey serving as a baseline of 100), the Consumer Confidence Index fell to 109.3 in September, down from 115.2 in August. Consumers' view of current business and labor-market conditions dipped slightly, with the Present Situation Index dropping to 143.4 from 148.9 in August, and their short-term outlook, reflected in the board's Expectations Index, fell to 86.6 from 92.8.

Overall, consumer confidence "is still high by historical levels—enough to support further growth in the near-term," Conference Board senior director of economic indicators Lynn Franco said in a statement. And consumer anxiety about short-term inflation moderated somewhat, she noted, in the board's latest survey, which closed Sept. 22. Earlier this month, the U.S. Bureau of Labor Statistics reported that consumer price increases, which have accelerated markedly since spring, did indeed slow a bit in August.

But the effect of prolonged—or renewed—concerns about the direction of the COVID-19 pandemic and what that lingering uncertainty might mean for their jobs and for the economy broadly was undeniable. "Concerns about the state of the economy and short-term growth prospects deepened," Franco said, and a third straight month of declines suggests that consumers "have grown more cautious and are likely to curtail spending going forward."

The share of consumers who think business conditions will improve in the next six months slid in to 21.5% in September from 23.4% in August. The share who predict that their income will increase during that time period fell, too, to 17.3%, down from 18.2%. There was an even larger change in the cohort of consumers pessimistic about their short-term income prospects: 11.5% now expect their income will decrease in the next six months, up from 9.9% in August.

The Conference Board's September report comes on the heels of the release of another survey, this one by dunnhumby, that found consumers' assessment of grocery stores has fallen, too. In its latest Consumer Pulse Survey, released Monday, dunnhumby reported that 64% of U.S. consumers don't believe that grocery stores are doing a good job handling the pandemic—a significant souring of opinion since February, when 50% of respondents gave grocery stores good marks on their pandemic response.