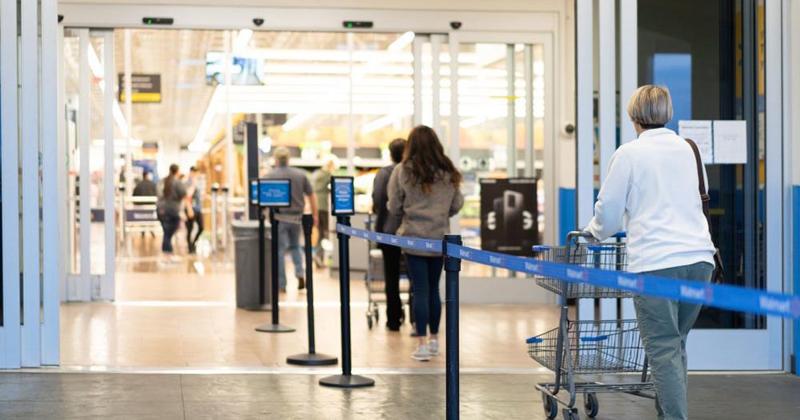 Coronavirus has wrought many changes in stores, including new sanitation practices and battle pay for staff. The latest change: one-way aisles.

Retailers large and small are implementing this new traffic pattern because traditional grocery aisles are often too narrow to allow for the proper 6 feet of social distancing. Hy-Vee is placing new, one-way directional signage in its aisles that will be installed in all stores, along with a request for one person per cart in the store. The stores’ signage will direct customers to use aisles in a way that prevents them from passing one another. DeCicco & Sons, with eight stores in Westchester County, N.Y., also is converting its aisles to one direction.

Kroger also announced plans to test one-way aisles in some of its stores. Walmart is also implementing the change in its stores after testing the concept in the United Kingdom and Canada.

Walmart said its one-way aisles are also accompanying more stringent measures regarding capacity in stores, with regulated entry capped at 20% of capacity.

Industry experts have long bemoaned  grocery layouts that tend to force customers into tunnel-like aisles. It is possible the pandemic could have the added outcome of forcing retailers to rethink their layouts.