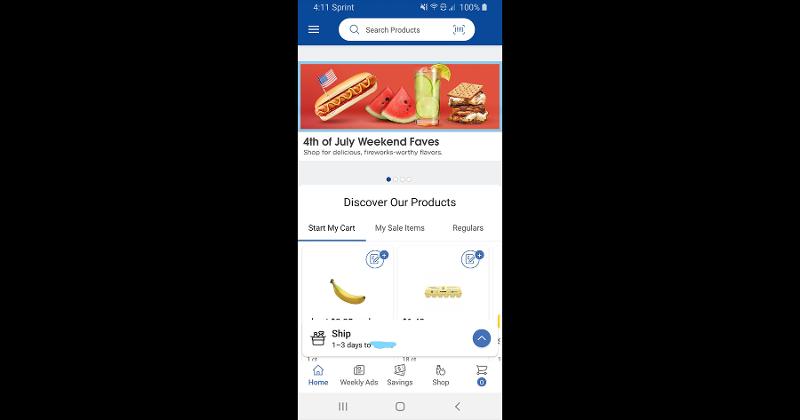 While the COVID-19 pandemic triggered all manner of operational compromises for supermarkets, there was one area of the business The Kroger Co. refused to sacrifice.

“One of the things that I’m super proud of our teams is we’ve had an ad, and promoted every week during the pandemic to try to help our customers’ budget go as far as possible,” Kroger CEO Rodney McMullen said earlier this month while reviewing the retailer’s quarterly financial results, according to a Sentieo transcript.

McMullen noted that promotions driving stock-ups, like 10 for $10 deals, did go away in an attempt to discourage any more hoarding and depleted inventories than its stores already absorbed in the opening weeks of the crisis, but the notion of providing deals to shoppers—particularly those offered direct to shoppers through one-to-one offers—remained an important part of Kroger’s offer to shoppers, he said. That made the Cincinnati-based grocer something of a trend-bucker among peers that severely cut back or even eliminated sales circulars in the early weeks of the crisis.

With demand strains and supply issues in the meantime driving food prices higher, Kroger’s promotions during the quarter also took other forms, officials noted, such as a delivery-fee waivers and an increase in the share of offers from categories that were less impacted by COVID demand, such as health and beauty and general merchandise.

This approach underscores a need for conventional retailers to keep value in the equation as the pandemic’s effects on the economy could trigger further share gain among discounters and anxiety among shoppers—although with other areas of the economy like entertainment and dining seeing less spend from shoppers, some feel conventionals are in better shape to withstand price competition than they were in the last recession. Hale Holden, a Barclays analyst, earlier this month contended he had not not seen “any value at all” among conventional retailers during the crisis.

So where are the deals? According to Cheryl Black, SVP and general manager of Inmar Intelligence’s Retail Commerce Platforms, they’re making their way back now—virtually.

“I think we’re starting to see more emphasis on promotions that are delivered digitally and potentially more micro-focused events—more targeted promotions to individuals so that you’re not necessarily driving hordes of people to the same shelf,” Black said in a recent interview with WGB. “Today, it’s more about driving individual deals to shoppers based on what they need. And I think the way that the conventional stores are going to be able to retain loyalty and win, if they can indeed win, is to drive more individualized promotions and more personalized deals, being able to make the shopper feel like they’re speaking to them directly and catering to their needs with individualized deals.”

Black is a former CEO of YouTech, the digital coupon publisher that Kroger acquired and then sold to Inmar a year ago. Black said she noted a pullback in all kinds of offers to shoppers as the pandemic struck, but that phenomenon has since reversed—along with the rate at which consumers are opening those emails, indicating a new alertness to digital deals that Black likened to the growing appetite for online grocery shopping that occurred in the pandemic.

“There is a trend for people to open those emails from retailers, much more than they have in the past,” she said. “It’s in the same way that consumers have adopted e-commerce and shopping online, in every age group: There’s baby boomers that are shopping online more than ever. So we’re starting to see much more engagement online, and I think the retailers are learning to take advantage all around.”

Effective digital offers, she cautions, are “not an inexpensive proposition,” so those with a developed digital offering going into the crisis—typically large grocers like Kroger and Albertsons—have an advantage to exploit. Others may “have to lean in there more,” she maintained.

The move to digital promotions is also accompanying some changes in the kinds of things being promoted, Black added. While traditional stock-up behavior is being discouraged, retailers have more opportunities to build digital offers around meals—often with help from brand partners, who themselves are dealing with unpredictable switching and supply strain that came with the pandemic. The beauty of personalization is that those offers can be crafted around higher-spending shoppers—or those watching their budgets—depending on their history and shopping patterns, she said.

“I know there’s still people that do have money and used to eat out all the time, and they’re going to want specialized meals where they can feel like they’re having a restaurant meal at home, and then there’s the people that just want to be able to afford their next meal,” Black said. “I think you can do those $10 value meals for four, and you can offer this really nice date-night-out-at-home kind of meal. You can meet both parties and continue to make people feel like you’re the store that’s just for them.”