Raley’s has brought artificial intelligence to pricing not to necessarily to go toe-to-toe with competitors, but to differentiate from them, President and CEO Keith Knopf said.

Speaking in a presentation at the National Retail Federation show in New York, Knopf described how the West Sacramento, Calif.-based food retailer is using machine learning algorithms from partner Eversight to help manage its price perception amid larger, and often cheaper, competitors while optimizing revenue by driving unit share growth and margin dollars. That benefit is going toward what he described as a differentiated positioning behind health and wellness.

“This is not just about pricing for the sake of pricing. This is pricing within a business strategy to differentiate and afford the investment in price in a way that is both financially sustainable and also relevant to the customer,” Knopf said.

Raley’s has been working with Eversight for about four years, and has since invested in the Palo Alto, Calif.-based provider of AI-led pricing and promotion management. Knopf described using insights and recommendations derived from Eversight’s data crunching to support its merchants, helping to strategically manage the “Rubik’s Cube” of pricing and promoting 40,000 items, each with varying elasticity, in stores with differing customer bases, price zones and competitive characteristics. 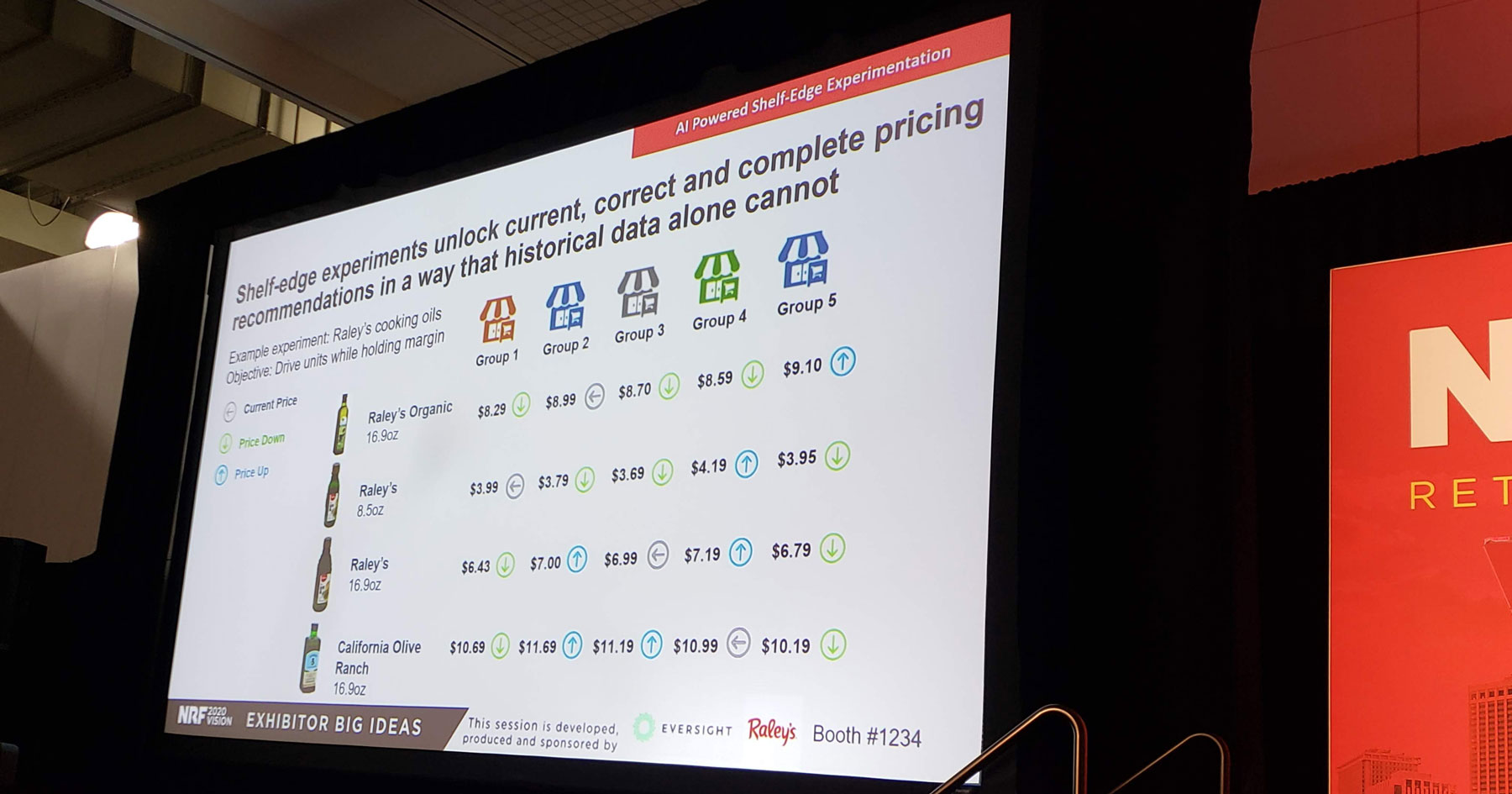 Raley’s, Knopf said, is high-priced relative to its competitors, a reflection of its size and its ambitions. “We’re a $3 billion to $4 billion retailer competing against companies much larger than us, with much greater purchasing power …and so for us, [AI pricing] is about optimization within our brand framework. We aspire to be a differentiated operator with a differentiated customer experience and a differentiated product assortment, which is guided more toward health and wellness. We have strong position in fresh that is evolving through innovation. But we also understand that we are a high-priced, high-cost retailer.”

David Moran, Eversight’s co-founder, was careful to put his company’s influence in perspective. Algorithms don't replace merchants or set a strategy, he said, but can support them by bringing new computing power that exceeds the work a merchant could do alone and has allowed for experimentation with pricing strategies across categories. In an example he shared, a mix of price changes—some going up, others down—helped to drive overall unit growth and profits in the olive oil category.

“The merchants still own the art: They are still the connection between the brand positioning, the price value perception, and they also own the execution,” Knopf said. “This technology gets us down that road much faster and with greater confidence.”

Knopf said he believes that pricing science, in combination with customer relationship management, will eventually trigger big changes in the nature of promotional spending by vendors, with a shift toward so-called “below the line” programs, such as everyday pricing and personalized pricing, and less “above the line” mass promotions, which he believes are ultimately ineffective at driving long-term growth.

“Every time we promote above the line, and everybody sees what everybody else does, no more units are sold in totality in the marketplace, it's just a matter of who’s going to sell this week at what price,” Knopf said. “I believe that it’s in in the manufacturers best interest, and the retailer’s best interest, to make pricing personalized and relevant, and the dollars that are available today will shift from promotions into a  more personalized, one-on-one, curated relationship that a vendor, the retailer and the customer will share.”