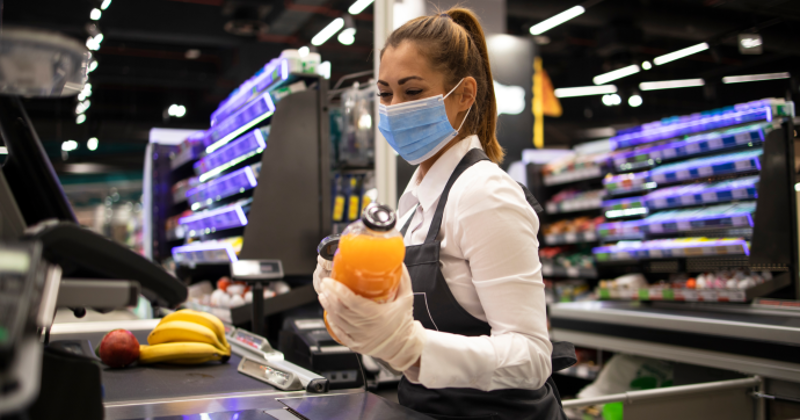 The U.S. economy added 199,000 jobs on private-sector, nonfarm payrolls in December, lower than analysts' predictions of around 400,000, the Bureau of Labor Statistics (BLS) reported Jan. 7. However, the overall unemployment rate dipped to 3.9%, down 0.3 percentage points from November and edging closer to the 3.5% unemployment rate recorded in February 2020, just before the COVID-19 pandemic took hold.

Retail jobs were largely flat in December, with the sector as a whole shedding just more than 2,000 jobs in the month. Food and beverage stores, including grocery stores, gave up 1,800 jobs in December after adding 9,000 jobs in November and 16,000 jobs in October.

Mass merchandisers fared better on the jobs front in December, with supercenters, warehouse clubs and the like adding back 15,000 positions during the month after losing 20,000 jobs in November. Restaurants and bars, meanwhile, added more than 42,000 jobs in December in a strong uptick from the 11,000 jobs the sector gained in November. Because of the timing of the BLS surveys that feed the bureau's monthly jobs report, however, a clearer picture of the impact on employment of the surge in COVID-19 cases due to the delta and omicron variants likely won't be seen until the January and February jobs reports are issued.

As with retail, delivery jobs were flat in December, while the warehousing and storage sector picked up 5,000 jobs after a holidays-boosted gain of 50,000 job in November.

The BLS also revised upward its October and November jobs tallies, saying that the economy added an extra 102,000 jobs in October and 39,000 jobs in November beyond what was originally reported. Hourly wages for all private-sector employees climbed 19 cents in December to an average of $31.31. "Over the past 12 months, average hourly earnings have increased by 4.7%," the bureau noted. Meanwhile, wages for front-line workers—production and nonsupervisory employees—rose 18 cents in December to $26.61.