Schnuck Markets is rolling out a robot it calls Tally that will autonomously scan shelves for inventory and price accuracy at 15 stores.

Speaking at the Grocery Shop conference in Las Vegas, David Steck, VP of IT infrastructure for the St. Louis based grocer, said the robots from Simbe Robotics would provide “groundbreaking” insights for the retailer and its suppliers, free up employees to tackle more customer-facing tasks, and provide for the groundwork for integration with a newly launched loyalty app that could, for example, arrange customer shopping lists to align with a customer's actual path through the store, aiding convenience and the opportunity to provide special offers in real time. 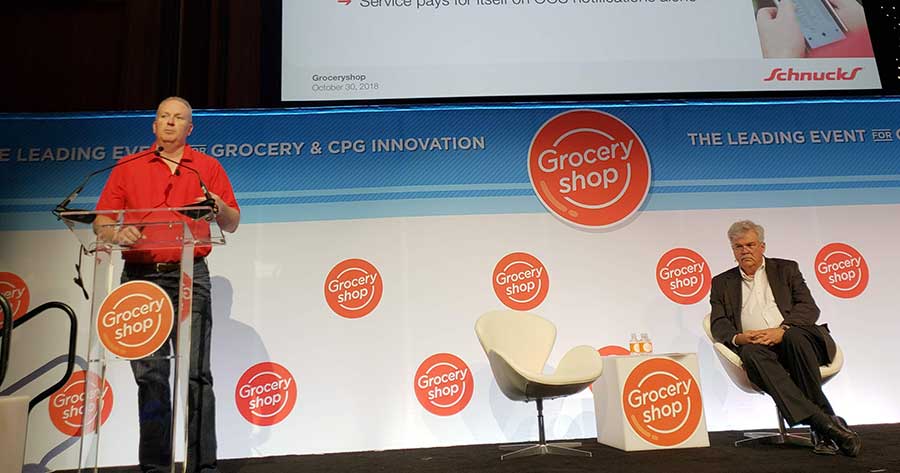 While the introduction comes amid widespread adoption of robotic technologies throughout retail, its launch is especially timely for Schnucks, which is facing a labor shortage and associated risk that out of stocks could impact sales and customer satisfaction. The technology, Steck noted, was being launched first in its busiest stores.

There is a huge labor shortage in retail now,” he said. “While it is a task for our teammates to go through and spend the time to do [inventory], they don’t have time to do it because there is not a enough people, we can't hire enough. There are more jobs than there are applicants, so finding out of stocks, the only way we are going to improve customer satisfaction, is making sure we have product on the shelf.”

Steck, who joined Schnucks more than four years ago from Express Scripts, in his presentation at Grocery Shop described having created the groundwork for the introduction of robotics at Schnucks over the past several years, replacing outdated systems he described as “driving a Model T on a dirt road.” He credited the company for supporting the investment, noting a tenet of Schnucks values are to “try new things.”

“I’m a big advocate for failing fast and failing gloriously,” he said. “It doesn’t hurt to try something new and fail. You learn from it and move on.”

Steck said Tally makes rounds of its stores three times daily, at 6 a.m., 1 p.m. and 7 p.m. Its trip through the stores takes about three hours and scans roughly 35,000 center store and HBC products. When it finds stock issues, employees are informed through hand-held devices.

The data captured and analytic reports provide perspective to the store, as well as to brands and delivery partners regarding shelf and inventory optimization. That helps Schnucks better manage inventory demands coming through its delivery partnership with Instacart, Steck said.