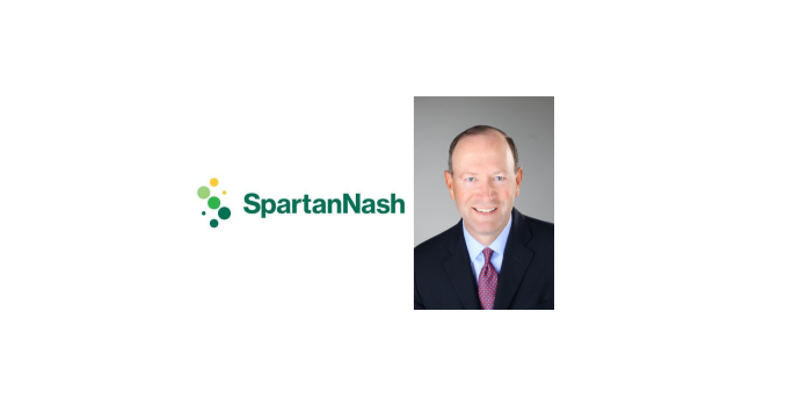 Douglas Hacker will succeed the retiring Dennis Eidson as chairman of the board of Grand Rapids, Mich.-based grocery retailer and wholesaler SpartanNash, the company has announced.

Hacker, who has been SpartanNash's lead independent director since May 2018, was nominated for the chair role when Eidson's retirement was announced in March. SpartanNash shareholders affirmed the nomination at a company meeting last week, ahead of the company's first-quarter earnings release on June 2.

Hacker's ties to the company date back to 2005, when he became a director of Nash Finch, which merged with SpartanNash in 2013. He previously held executive VP and CFO roles at United Airlines parent UAL Corp.

SpartanNash has made a slew of leadership moves since Tony Sarsam, formerly CEO of Borden Dairy, took over as SpartanNash's chief executive in September. The company has named three new executive officers—CFO, chief supply chain officer and chief strategy officer—as well as six new VPs in that time. Sarsam has sought to bring on experienced, operations-focused leaders (including fellow Borden veterans) to help SpartanNash evolve its processes and platforms to run more efficiently. In December, Sarsam told WGB that the company was "not as nimble as we need to be" in the wake of a major business disruptor like the COVID-19 pandemic.

Sarsam praised Hacker's history with SpartanNash in a press release about the new appointment. "With Doug's involvement in SpartanNash dating back 16 years, he brings an incredible depth of knowledge about our business," he said.