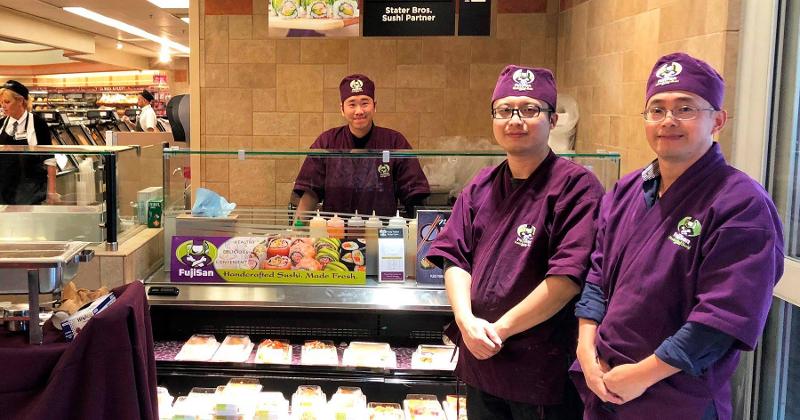 Stater Bros. of San Bernardino, Calif., which has been steadily refreshing its stores to include fresh-cut fruit stations, expanded beer and wine offering, and FujiSan handcrafted sushi, is elevating its experiential shopping game with Sushi 101.

On Oct. 5, the Stater Bros. store in Pasadena, Calif., will feature a FujiSan-led hands-on demonstration with Chef Kristian Henry in the art of sushi making.

FujiSan, Stater Bros.'  fresh sushi supplier, offers handcrafted sushi in its stores every day. A video on the Stater Bros. Facebook page featuring Keith Maeda, VP of FujiSan Franchising Corp., showcases the artistry and freshness of Stater Bros.' in-store sushi program. In the video, Maeda invites shoppers to make special requests of the FujiSan chefs. “As long as they have the ingredients, he or she will make it for you.”

Today’s consumers want more from their grocery shopping experience than picking up milk, eggs and laundry detergent. Stater Bros.' Sushi 101 event speaks to the trend of grocers offering shoppers an experience that goes beyond the basics.

“Retailers need to surprise and delight to capture loyalty, while continuing to focus on what today’s consumer wants,” says Jonna Parker, principal with Chicago-based IRI’s Fresh Center of Excellence. “They need to recognize that it’s not enough to simply offer trends in plant-based or spicy flavors—it’s test, learn and grow to be successful.”

Local radio station K-Earth 101, which is promoting the Stater Bros./FujiSan event, is also offering listeners the chance to win tickets to Sushi 101.