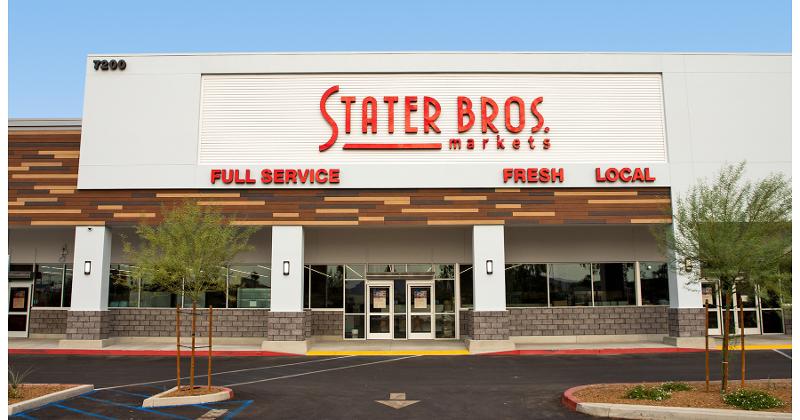 Stater Bros. Markets will open the doors to its newest store on Sept. 28, at 7200 Arlington Ave., in Riverside, Calif.

The 49,480 square-foot store is located at the southeast corner of Arlington Ave. and Van Buren Blvd. in a former Kmart building. The new location replaces an original Stater Bros. location that opened in 1978, which is located two miles west of the new store at 10370 Arlington Ave., also in Riverside.

On Sept. 25, the older store will close its doors permanently. Stater Bros. teammates will transfer to other Stater Bros. locations, the company said.

“With this new store in Riverside, we’re reinvesting into the community to make grocery shopping better for its residents. It’s a prime example of Stater Bros. providing consumers what they want, where they want it,” said Stater Bros. CEO Pete Van Helden in a statement. “We’re very proud of this store and we’re sure shoppers in the community will love it too.”

The new store is larger and more modern, the company stated in a news release, and offers full-service meat, seafood, deli and bakery departments. The new location has spacious aisles, décor “that is reflective of the local community,” and eco-friendly features like energy-efficient equipment and energy-saving LED lighting. Customers will also find food options such as sushi created in-store, freshly cut fruit from the store’s fruit cutting station, hand-prepared guacamole, tacos and chicharrones.

A ribbon-cutting ceremony will kick off the grand opening celebration, with live entertainment from Riverside’s Norte Vista High School Band.

Headquartered in San Bernardino, Calif., Stater Bros. Markets operates more than 170 stores in seven counties in the Southern California area. The company has been in business for 85 years and has approximately 18,000 employees.