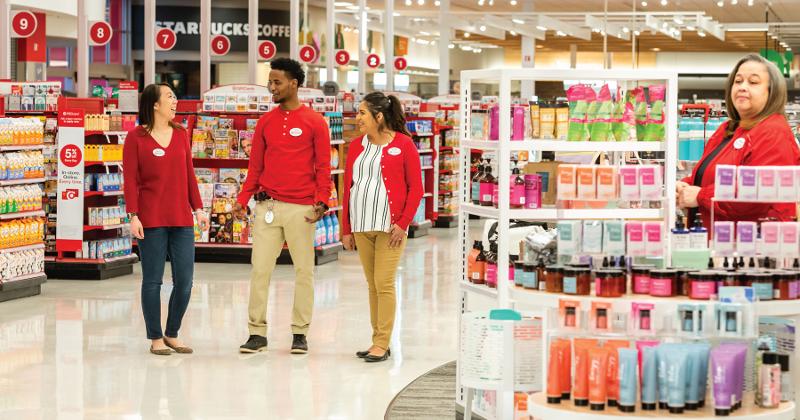 Target Corp. CEO Brian Cornell began a presentation to investment analysts with a walk down memory lane that quickly became a victory lap.

He began by reminding them of the big bet he’s shared with them three years ago this very week. Cornell said then that the retailer would invest an eye-opening $7 billion over three years to revive a company he’s confessed had too many tired stores, was running behind on e-commerce and not inspiring shoppers the way it once had. Another $1 billion in operating earnings would support pricing and employee wages.

“Today,” Cornell said, “nobody is doing what Target is doing. Nobody. Target is a category of one. In three years' time, we've redefined the Target run. We built a durable financial model that consistently drives top-line sales and strong and sustainable bottom-line growth. And today, Target is among the top performers on retail’s leaderboard, a competitive position we intend to keep for many years to come.”

Key to Target’s new momentum, Cornell said, was an emphasis on keeping its store at the center of its fulfillment strategy, building pickup and delivery options out of stores that has meshed with its shoppers’ growing taste for convenience.

“It wasn't that long ago that a Target run involved a handwritten shopping list and a Sunday afternoon with a shopping cart. And spoiler alert, millions and millions of guests still really, really like to do that when they have time,” Cornell said, according to a Sentieo transcript. “But sometimes they don’t. That's why we’ve built the most comprehensive suite of same-day services in the marketplace. Now we can put tens of thousands of items in your basket, in your trunk or on your kitchen table within a couple of hours max. It's really that simple.”

Officials during the investors call spoke of building on that momentum, including newly announced strategies to pursue stores as little as half the size of its current smallest store, food initiatives including a coming test of fresh food and alcohol delivery, and a newly launched brand partnership bringing the well-regarded Boar’s Head deli sections to stores.

John Mulligan, Target’s chief operating officer, said the test of fresh foods and alcohol for pickup or delivery would begin “in a few states,” with plans in place to expand fresh foods to half the chain and alcohol pickup chainwide by the end of the year. “All of this is possible because of the supply chain investments we've made to support our stores, so they're both shopping destinations and fulfillment hubs,” Mulligan said. “That only works when there's a solid replacement operation behind the scenes, sending stores the right amount of product when they need it and simplifying how it moves from truck to shelf."

Target’s partnership with Boar’s Head has been testing an array of sandwiches, meats and other deli items at six New York stores and is set to roll out to another 200 stores by the end of the year.

Officials also lauded the success of the small-format stores Target had introduced in recent years, saying they are more productive per square foot than average Target stores. The roughly 100 units produce about $1 billion in sales collectively and are providing encouragement to find still smaller places to execute its brand.

“While our smallest location today is about 12,000 square feet, our team is exploring sites half that size. Think a convenience store-sized box nestled in neighborhoods across Chicago, Philadelphia or New York or right in the middle of a bustling campus, with still enough space to offer the categories guests want from Target, like beauty, home and grab-and-go food. This design could open up hundreds of additional site options to serve even more people in new trade areas and to give guests a nearby pickup spot for online orders,” Mulligan said. “We expect to sign the first lease of this kind this year, with plans to open and test in 2021. And just like our first small formats, we'll go slowly at first to learn and refine before moving faster.”

Target also said it would accelerate a remodeling program, aiming to complete 300 stores this year. Remodels typically provide a 2% to 4% sales increase.