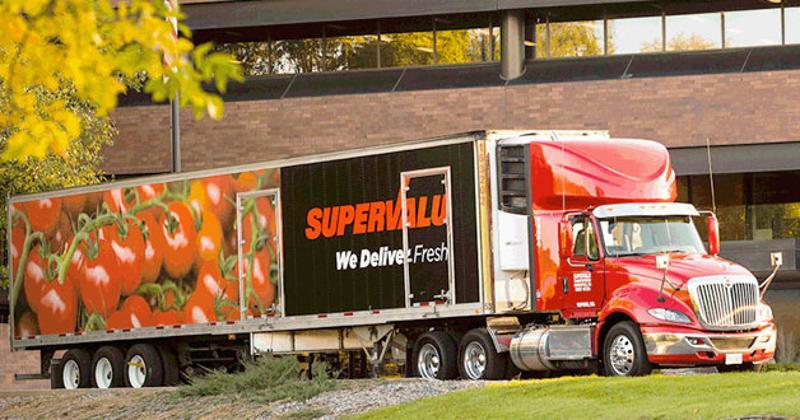 The $2.9 billion deal uniting the leading natural food and conventional wholesalers was announced over the summer and completed in October, shortly before the end of UNFI’s fiscal first quarter. While reviewing financial results for that period, which included the first week of Supervalu results, UNFI CEO Steven Spinner acknowledged the company was already resetting near-term expectations for Supervalu, citing a combination of softening sales among Supervalu’s retail customers and rising costs related to its own integration of acquired businesses. These struggles come amid broader issues of rising costs for labor and freight and financing, and supplier woes such as out-of-stocks and reduced promotional spending.

This cauldron of issues contributed to quarterly sales and earnings results that came in lower than expected and a financial forecast for the new fiscal year that is dimmer than expected, sending UNFI stock tumbling by 25% in early trading on Dec. 7. Spinner acknowledged this puts still more pressure on UNFI to make the transformative Supervalu deal work, particularly in its early days.

“We certainly have some near-term headwinds and we know there is no silver bullet that can turn it in the short run,” Spinner told analysts during a conference call. “We are acutely aware of the need to balance running the business with combining the businesses, and we are committed to doing them both concurrently.”

Amid the upheaval of the food retailing industry behind changing consumer preferences, the omnichannel revolution and the resulting premium on scale, Supervalu prepped itself for a takeout by unloading some retail operations and acquiring wholesale competitors Unified Grocers and Associated Grocers of Florida. That entity drew UNFI and a competitor thought to be C&S Wholesale Grocers into a last-minute bidding war this summer resulting in UNFI’s winning offer.

But the residue of Supervalu’s high-speed transformation remains an issue for its new owner. Integration hiccups have continued with Unified and Associated Grocers of Florida, with some customers saying they have experienced out-of-stock issues. Margins are down at both businesses, UNFI executives said. Supervalu’s retail customer base, in the meantime, is feeling the effects of competition and seeing declines in traffic and sales.

And where UNFI is experiencing strong demand for natural and organic products, its suppliers can’t provide them fast enough or cheap enough. Out-of-stocks were approximately 80 basis points higher than the first quarter of last year, UNFI said, while limited price elasticity at retail—signals of competitive pricing market and low inflation—is resulting in reductions in supplier promotional spending. UNFI also struggled with rising labor and fuel costs in the quarter, Spinner said.

Sean Griffin, the newly appointed Supervalu CEO, said sales declines in that business “were due to the general softness in our customer base and center store—grocery, frozen, dairy—and  at least partially, we believe, due to the uncertainty following the announcement of the acquisition of Supervalu by UNFI.”

Griffin said sales and operating expenses were also impacted by the Unified integration and ongoing projects at the company, including the wind down of its service agreement with Albertsons. “These network realignment projects simply must get done and will benefit the business when complete,” he said. “They will also help us realize synergies earlier than the timeline Supervalu had previously committed, but they will be a drag on performance for the balance of this fiscal year. … We did experience softer gross margins, which we attribute to lower levels of new product introductions from our CPG partners, which translates to lower new item income. We experienced higher levels of shrink in certain distribution centers and we also had a general lack of product cost inflation.”

“What we think is happening is a couple of things: One, a lot of the products that are historically packed in natural and organic are co-packed—they don’t make it themselves, they contract with others to make it. Well, there’s a limited number of co-packers and our view is that the co-packers are just adding capacity. They can’t produce much more than what they’re currently making until they add more lines, more buildings, more plants, more manufacturing. And we’re just at a point where there’s just more demand than there is capacity to meet it. I think it’s a temporary headwind, but we’ve been facing it for a while and it got meaningfully worse,” he said.

“Secondly,” he added, “there’s no price elasticity at retail. In other words, the retailers are saying to the big manufacturers, don’t you dare pass through any price increases because we can’t pass it through, which means we have to eat it. And that’s the biggest primary driver of the reduction in promotional spend, because if the manufacturers can’t pass through the price increases, then they’re just going to reduce the promo spend to make sure that they remain whole. So we’re just in a little bit of a tug of war that will pass and we certainly hope it passes soon, but it hasn’t.”

Sales for the first quarter were $2.87 billion, an increase of 16.7%. Excluding approximately $224 million net sales from Supervalu, net sales increased 7.6% compared to last year’s first quarter. Inflation was a modest 71 basis points, CFO Michael Zechmeister said, below a 10-year historical average of 1.9% “The lack of inflation continues to be a headwind to both top and bottom line results,” he said.

Gross margin for the quarter was 14.38% of sales and included a $1.8 million inventory fair value adjustment charge related to the acquisition of Supervalu. When adjusted for this charge, gross margin in the quarter was 14.44% of net sales compared to 14.94% of net sales in last fiscal year's first quarter. The decline in the gross margin rate was driven by a shift in customer mix, including the growth of the supernatural channel, and increased inbound freight expense, partially offset by higher levels of vendor support and greater fuel surcharge income.

The company’s 2019 earnings guidance anticipates a net loss of $10 million, up to a $1 million profit, on sales of $21.5 billion to $22 billion, including Supervalu.

Despite the rocky start to the marriage, Spinner reiterated his belief that “scale will win,” over the long term.

“While we are clearly disappointed by the near-term results of Supervalu, we started this process with a viewpoint that in order to build the business for the future and to create considerable value for our constituents, UNFI would serve its shareholders over the long term by becoming the premier wholesaler of products and services throughout North America. This thesis has not changed,” he said. “In fact, as we have begun to integrate, our outlook for the combination is stronger than ever. We have no doubt that the combination of UNFI and Supervalu will translate into more significant value for shareholders than UNFI as a stand-alone company over time.”