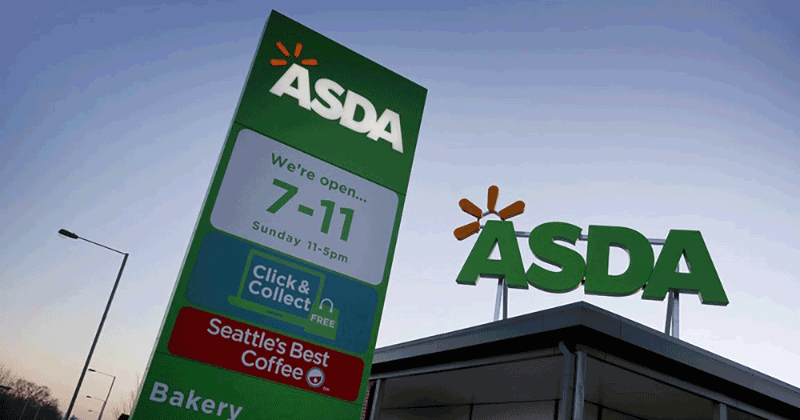 Walmart’s drive to reshape its international portfolio has encountered back-to-back roadblocks that could potentially interfere with its steamrolling domestic momentum.

Its proposed $10 billion deal to sell its United Kingdom-based Asda chain to larger rival Sainsbury’s this week met a harsh assessment from antitrust regulators in Britain, who said they are considering prohibiting the merger or requiring significant divestitures to win approval.

In both cases, officials relayed they were “disappointed” but determined to see the respective deals through. But the events could result in new financial pressures on Walmart, which is riding heavy investment in online and pricing to its ongoing resurgence in the U.S., analysts said.

The Flipkart and Asda deals were both announced last year as Walmart reset its international footprint in a series of deals in an attempt to redirect investment to faster-growing markets. In addition to buying in India and selling in the U.K., Walmart sold its operations in Brazil.

In the U.K., Walmart agreed to sell Asda to Sainsbury’s while retaining a 42% ownership stake in the combined companies, Britain’s respective third- and second-largest grocers.

In a report this week, Britain’s Competition & Markets Authority (CMA), however, said it would consider prohibiting the deal or requiring the chains to make significant divestitures to win approval, arguing that the combination would “push up prices and reduce quality” in multiple markets where they currently compete. Analyst Bruno Monteyne of Bernstein called that development “close to the worst possible outcome,” according to a published report.

“These are [two] of the biggest supermarkets in the U.K., with millions of people purchasing their products and services every day. We have provisionally found that, should the two merge, shoppers could face higher prices, reduced quality and choice, and a poorer overall shopping experience across the U.K.,” Stuart McIntosh, chair of the independent inquiry group carrying out the CMA investigation, said in a statement. “We also have concerns that prices could rise at a large number of their petrol stations.”

The CMA said its findings and suggested remedies would be open to response, and that it intended to issue a final ruling April 30.

Asda and Sainsbury’s expressed being blindsided by the CMA findings and would “push their case” in the coming weeks. “These findings fundamentally misunderstand how people shop in the U.K. today and the intensity of competition in the grocery market. The CMA has moved the goalposts, and its analysis is inconsistent with comparable cases,” a spokesman for the companies said.

“Combining Sainsbury’s and Asda would create significant cost savings, which would allow us to lower prices. Despite the savings being independently reviewed by two separate industry specialists, the CMA has chosen to discount them as benefits,” the statement continued. “We are surprised that the CMA would choose to reject the opportunity to put money directly into customers’ pockets, particularly at this time of economic uncertainty.”

The CMA report came a day after Walmart reported financial results for its fourth quarter and fiscal year, including robust sales in the U.S. and a seventh straight quarter of improving sales at Asda, which is rebounding from a lengthy lull.

The regulatory changes in India, which went into effect Feb. 1, limit deals with third-party vendors selling items on online marketplaces, a change officials of both Amazon and Walmart acknowledged interfered with their respective business models there. Walmart has faced considerable scrutiny over the Flipkart deal, with some analysts worried that its high cost and projected losses could eventually wear away at its ability to invest domestically.

“There will be some additional costs to comply with the new regulations, but we don't currently believe they will be significant enough to impact total company guidance for the year,” Walmart CFO Brett Biggs said this week while reviewing the company’s results and financial outlook.

“We were disappointed in the recent change in law and the lack of consultation, but the team has worked to ensure that we're in compliance with the new rules,” CEO Doug McMillon added. “We are committed to providing sellers with a world-class platform to sell on and customers with a high quality of service. We hope for a collaborative regulatory process going forward, which results in a level playing field.”