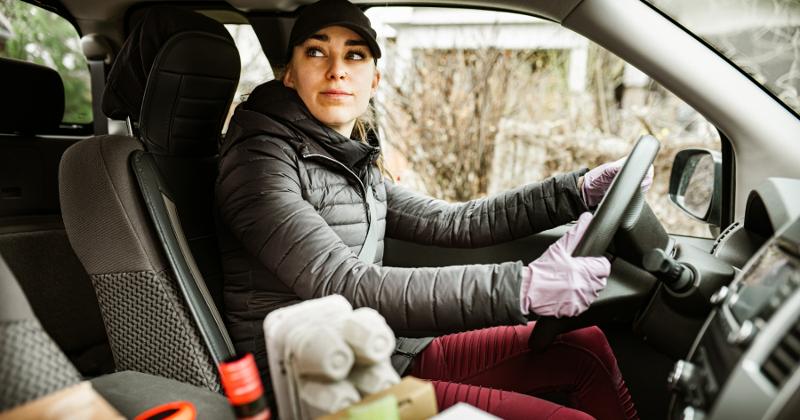 In a move to further capitalize on its expertise in grocery delivery and create a new stream of revenue, Walmart said it was moving to commercialize its delivery capabilities behind a white-label “delivery as a service” model it would offer to other merchants.

The Bentonville, Ark.-based retailer is calling the offering Walmart GoLocal, and said it would provide “nationwide coverage at competitive pricing” to merchants—including some that are already participating in the program but whom Walmart did not name.

The Aug. 24 announcement follows news last month that Walmart was moving to commercialize other digital commerce capabilities, including the tech behind its pickup service, via subscriptions and through integration with the Adobe Commerce Platform.

In both cases, Walmart sees the offerings as a new source of revenue it can then invest back into the business, while broadening capabilities to offer to new and existing partners, such as its Marketplace sellers. The offering would also provide greater potential for Walmart to benefit from marketing and advertising revenues associated with the network, while bringing it into more direct competition with the last-mile services of Amazon, and with third-party delivery firms like Instacart or Shipt.

While it remains to be seen how widely competing retailers will ultimately embrace the solution, company officials said Walmart’s perspective as a retailer, and its experience in building what it called a scaled and efficient delivery network, would be to their advantage.

“In an era where customers have come to expect speed and reliability, it’s more important than ever for businesses to work with a service provider that understands a merchant’s needs,” John Furner, president and CEO of Walmart U.S., said in a statement. “Walmart has spent years building and scaling commerce capabilities that support our network of more than 4,700 stores and we look forward to helping other businesses have access to the same reliable, quality and low-cost services.”

Walmart’s Spark Driver program, a network of crowd-sourced drivers assembled to efficiently aid in Walmart’s delivery needs, appears to be a major element of the solution but officials said the effort would also include other capabilities in which Walmart has invested including its experiments in drone and autonomous vehicle delivery, and its network of fulfillment centers. Walmart also partners with some third-party delivery services. Spark Driver was founded as Spark Delivery in 2018.

“We’ve worked hard to develop a reliable last mile delivery program for our customers,” said Tom Ward, senior vice president, last mile, Walmart U.S. “Now, we’re pleased to be able to use these capabilities to serve another set of customers, local merchants. Be it delivering goods from a local bakery to auto supplies from a national retailer, we’ve designed Walmart GoLocal to be customizable for merchants of all sizes and categories so they can focus on doing what they do best, leaving delivery speed and efficiency to us.”

Who’s Along for the Ride?

Walmart is far from the only retailer moving to evolve its business model behind technology licensing strategies. Kroger for example, has established a division charged with selling propriety technologies to other businesses. Amazon has made its “Go” technology available to license; GoLocal would also be a competitor to Amazon’s last-mile delivery service and potentially bring additional pressure on companies like Shipt—owned by rival Target—and Instacart, a partner to hundreds of grocery retailers including Walmart in select markets.

Walmart said it was accepting applications for partners beginning this week. But it is unclear whether grocery retailers—already reticent to surrender data to third-parties like Instacart but anxious at the same time to participate in the booming home delivery trend—would want to take the plunge with a rival. Sources however agreed that local merchants require the kind of capabilities GoLocal is now offering.

“We can’t see any grocery retailer taking Walmart up on this—it’s too big of a risk to give up data and customers to the retail giant,” said Sylvain Perrier, CEO of the e-commerce technology company company Mercatus, said in emailed comment. “However, this is a smart strategic play on Walmart’s part. Acting as a delivery partner allows Walmart to leverage its own infrastructure and at the same time put a firewall up against the Amazon, other marketplace providers, and D2C players using Shopify. This strategy also provides a value-add for Walmart by offering local resellers on its marketplace a fulfillment option that previously would’ve been handled elsewhere.”

Aaron Hageman, founder and CEO of Delivery Drivers Inc. (DDI), the Irvine, Calif.-based third-party administrator for Walmart’s Spark program, told WGB in an interview he sees GoLocal as a positive for contract drivers and is preparing for increased volumes by increasing the rate at which it is recruiting workers. Between all of its partners, Hageman said DDI has onboarded about 80,000 drivers between January and July of this year; he sees demand for another 60,000 to 70,000 ahead.

“Opening up the omnichannel through delivery-as-a-service is creating more earnings opportunity for 1099 drivers by getting more and more retailers to play in the last-mile economy,” he said. “The No. 1 thing we hear from drivers is ‘We’re freelance. We want more gigs.’”

Hageman said DDI had participated in beta testing on the expansion but declined to provide details as to participating retailers or geographies.

Another source knowledgeable about third-party delivery raised concerns about the scalability of a delivery-as-a-service, describing Spark as inefficient. “They have no cold-chain solution other than speed,” the source told WGB. “There’s no question that someone will create an efficient local delivery solution—small businesses need it to compete. But will they want to partner with Walmart?"

Added Perrier: “By acting as a third-party partner, Walmart will be able to gain visibility into a wide range of delivery orders outside of the Walmart ecosystem that would’ve gone to other carriers. Furthermore, the gig players will feel additional pressure now that local vendors have another option for delivery. In the end, the delivery partner best positioned to aggregate orders and use other revenue to bear the cost of fulfillment will come out on top; and as of right now, we predict that will be Walmart.”