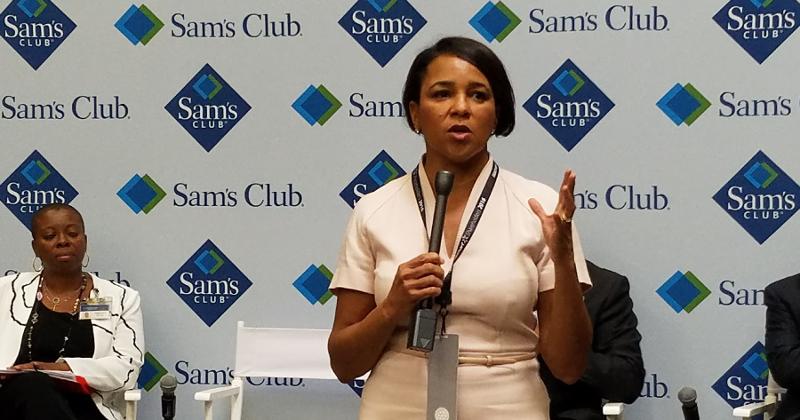 Rosalind "Roz" Brewer, who led Walmart’s Sam’s Club division as CEO before departing to be chief operating officer of Starbucks, has been appointed the next CEO of drugstore operator Walgreens Boots Alliance.

Brewer begins her new role March 15 and will also join the company’s board. She will succeed departing CEO Stefano Pessina, who has led the company since the 2014 merger of Boots and Walgreens, and had been seeking a successor for some time. Pessano will remain with the group as executive chairman.

Walgreens Boots Alliance operates the largest U.S. drug chain, with more than 9,000 units under the Walgreens and Duane Reade brands in all 50 states. It also controls Boots stores in Europe and Asia and international wholesale and distribution networks under the Alliance Healthcare banner.

Brewer is one of the most decorated Black women executives in U.S. business. Her appointment brings deep consumer and retail experience to a company that has emphasized its healthcare aspects in recent years. Walgreens has been experimenting with food retailing counterpart Kroger on various strategies, including a fleet of stores doing double duty as online grocery pickup points and other stores testing Kroger-aligned food departments. Walgreens separately has pioneered food-to-go and substantial grocery offerings in many of its stores.

Some sources speculate Walgreens could play a larger role as a partner of Kroger as the grocer develops a more robust e-commerce offering in places it does not operate stores but Walgreens does, such as Florida.

At Sam’s Club, Brewer led an effort to widen the membership club’s appeal to wealthier shoppers in part through sourcing and selling higher quality foods such as Prime meats in some locations and developing a home-office food lab to vigorously test new items for appeal. A similar practice was since adapted by Walmart.

Prior to joining Walmart, Brewer was with Kimberly-Clark Corp. for 22 years, starting as a scientist and ultimately becoming president of the global nonwovens sector in 2004.

At Starbucks, Brewer was instrumental in helping the company accelerate its growth strategy, expand its global reach and drive value, developing a mobile order and pay platform and revamping its rewards program.

“The board conducted an extensive search to identify an exceptional leader who will build on WBA’s track-record of success and take advantage of the many growth opportunities in many markets across the company. We are excited to have found that person in Roz,” said Pessina. “She is a distinguished and experienced executive who has led organizations globally through periods of changing consumer behavior by applying innovation that elevates customer experiences—ultimately driving significant and sustainable growth and value creation. Her relentless focus on the customer, talent development, operational rigor and strong expertise in digital and technological transformation are exactly what WBA needs as the company enters its next chapter. I look forward to working with Roz, and to continuing to partner with Jim and the entire board and management team to take our company forward.”

“WBA is a world-class and trusted organization whose purpose I deeply admire,” said Brewer. “The healthcare industry is constantly evolving, and I am excited to work alongside the entire WBA team as we deliver further innovation and positively impact the lives of millions of people around the world every day. This is especially true today as the company plays a crucial role in combatting the COVID-19 pandemic. I step into this role with great optimism for the future of WBA, a shared responsibility to serve our customers, patients and communities, and a commitment to drive long-term sustainable value for shareholders.”