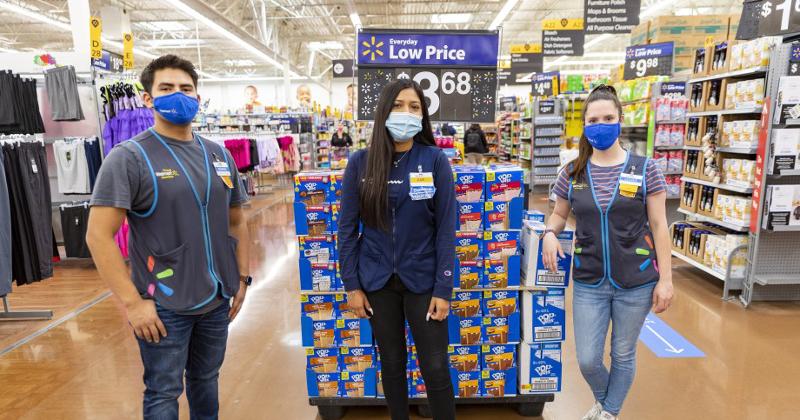 Walmart is moving to restructure the workforce of its Supercenters behind fewer and more versatile leadership positions, as well as other sweeping changes that while creating new opportunities and pay raises also makes changes in its bonus structure and could lead to some departures.

A similar program—previously referred to as the “Great Workplace” initiative—has already swept through the retailer’s Neighborhood Market and Sam’s Club stores. The program begins at U.S. Supercenters next month.

Walmart called the new structure a “team-based operating model” that would create new roles for both salaried and hourly leaders at the company and increase pay for leaders and workers in some departments such as deli and bakery. The changes, however, are coming with a reduction in overall leadership roles and a phasing out of quarterly bonus pay for certain workers getting pay raises. Candidates for new classes of leadership roles will be selected among current department managers, assistant store managers (ASMs) and store co-managers, with those not selected to be offered other roles for which they would receive their same pay at least through October 2021, Walmart said. Some employees on social media channels expressed worry about this aspect of the restructuring, likening it to a “Hunger Games” approach.

Dacona Smith, Walmart’s U.S. chief operating officer, described the forthcoming changes as a move that would make the company more nimble and give associates more “ownership” of their work areas. In some respects, it appears to more closely resemble the efficient approach of discount rivals such as Aldi, which counts a flat leadership hierarchy and cross-trained store workers as a competitive advantage. Other food retailers, including The Kroger Co. and Hy-Vee, were working on similar efficient restructuring programs last year.

“Across the store, we’re creating small teams of associates who will be cross-trained and given ownership of the work and their area for everything from in-stock to visual standards,” Smith said in a blog post. "This means they’ll gain more skills and be able to support associates who want to take time off or just need extra help during a busy shift. For example, associates who prepare fresh food will be trained to maintain pricing and standards in their area—giving them broader skill sets that allow them to help customers and grow their own careers.”

Under Walmart’s current arrangement, many of those merchandising  and pricing tasks are left to ASMs and DMs (department managers). Those roles will be respectively phased out in favor of smaller numbers of what Walmart will now call Coaches and Team Leads. The current role of co-manager will also transition to Store Lead. This role, currently responsible for those overseeing large areas of a Supercenter, instead will act as a store manager in training.

“These new positions will develop their teams, deliver our strategic priorities and be responsible for empowering our more than 1 million associates as they take bigger roles in the business—something they’ve proven they’re more than capable of doing during this pandemic,” he said.

“We’re especially excited about the team lead role,” he added. “These associates will lead and develop people, rather than focusing on completing tasks, giving associates a more direct connection to leadership. As we’ve tested this team approach, associates have gravitated to the connection and camaraderie that come with being part of a small team that supports each other and works together toward shared goals.”

Smith said the structure is built around higher-skilled jobs of the future, “and the compensation for those roles reflects that.”

New wage ranges for the hourly team lead roles start at between $18 and $21 an hour and can go up to $30 an hour in Supercenters. “Through this new tiered structure for team leads, we’re creating room for pay and career growth while investing in areas like pickup and delivery as customers increasingly turn to those options. Those parts of the business will only continue to grow,” Smith said.

Walmart is also raising pay rates in certain areas of the store that call for “specialists,” such as deli and bakery workers and auto care associates. Deli/bakery minimum rates are increasing from $11 per hour to $15 per hour, and most associates in these specialty departments will receive base pay increases of $1 an hour. 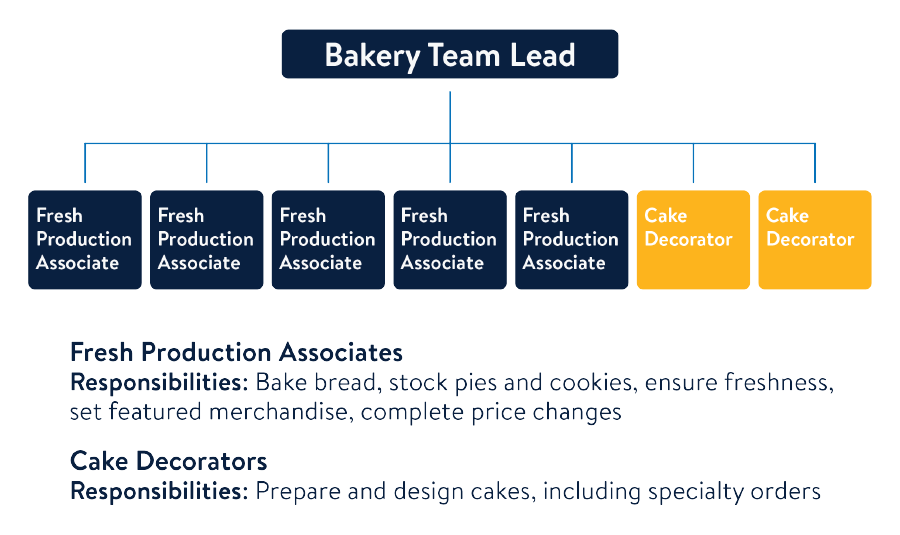 These associates will get their increased in pay in October, taking the place of the annual increase they typically receive in February or April. The pay increase will also take the place of the regular quarterly bonus and become part of their base pay going forward, offering more predictability in their hourly wages, Smith explained. These associates will continue to be eligible to receive quarterly bonuses for through the end of Walmart’s fiscal year.

“When we’ve asked associates, the overwhelming majority say their hourly wages are the most important part of their pay, well ahead of quarterly bonuses,” Smith said.