Walmart has appointed Kathryn McLay to EVP, president and CEO of the company’s Sam’s Club division, effective Nov. 15. She succeeds John Furner, who earlier this month was elevated to CEO of Walmart U.S.

McLay, 45, has been the top executive and EVP of Walmart’s Neighborhood Market food-and-drug division since February of this year. She joined the Bentonville, Ark.-based retailer in 2015 as VP of U.S. finance and strategy and in December 2015, was promoted to SVP of supply chain.

Prior to joining Walmart, McLay was at Woolworths Limited, a prominent retailer in her home country of Australia, for 14 years.

McLay’s promotion was revealed in federal filing. A successor for McLay at Walmart's Neighborhood Market was not immediately identified.

McLay joins Sam’s Club as the membership warehouse division is gathering sales momentum from investments in technology, bringing value and innovation to members. Membership count and renewal rates improved in the third quarter, while comps, excluding tobacco and fuel, improved by 4.1%, officials said this week. Shoppers have benefited from an ongoing program of fresh food merchandising improvements and efforts to make the stores simpler to shop. 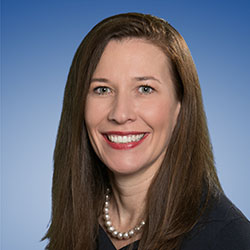 Walmart said McLay would be paid an annual base salary of $780,000. McLay will continue to be eligible for an annual cash incentive of 180% to 225% of her base salary under the company’s management incentive plan, based on performance criteria. She will also be eligible to receive an annual equity award valued at $6.6 million, consisting of a combination of restricted stock and performance-based restricted stock units.

McLay will also receive an additional award of about 43,582 performance-based restricted stock units in connection with her promotion.