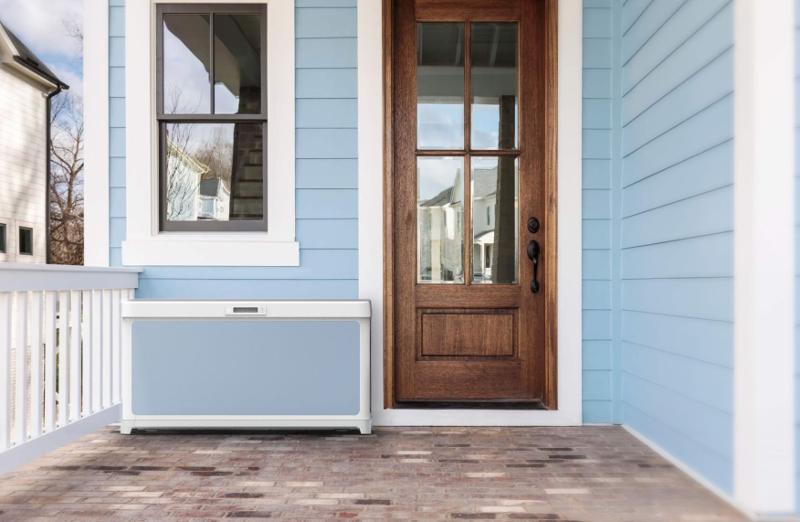 Not everyone wants help putting away the groceries—at least, help from someone who doesn't already live there.

A week after Walmart announced plans for a dramatic scale-up of its InHome delivery service, preorders also are now formally, if more quietly, being taken for temperature-controlled smart boxes that let delivery drivers place grocery orders in a secure container outside a residence or garage, where items can stay fresh until customers are ready to take them inside.

Smart Box from HomeValet, first trialed in Walmart's hometown of Bentonville, Ark., last spring, is now available for preorder at HomeValet.co for a down payment of $50, Tysons Corner, Va.-based HomeValet announced Jan. 12.

The internet-connected boxes are available at multiple price points that vary by style. Boxes contain movable dividers that users can adjust to make space for refrigerated and frozen groceries or set aside completely to allow for secure delivery of larger items. Use of the HomeValet app, which lets customers monitor their deliveries and control temperatures, is a separate charge; the app is available from Apple's App Store and Google Play for $15 a month.

Smart Boxes unlock automatically prior to a delivery, according to Home Valet's website. Once the lid of a Smart Box is opened, a security camera is activated to monitor the delivery. (Similarly, Walmart associates entering a residence to make an InHome delivery have cameras on their vests to record the delivery.) Customers can lock or unlock the box anywhere, anytime, using the HomeValet mobile app.

The boxes are set to go to select Walmart InHome customers in Florida later this month, according to a news release from HomeValet. Further rollout is expected in early 2022, the company stated.

"By connecting consumers, retailers and couriers to a secure end point outside consumers' homes, we enable automated delivery of packages, groceries and other goods and reduce consumers' time burdens of home delivery," HomeValet founder and CEO John Simms said in the news release. Jack Simms, the company's COO, said he sees the boxes creating "a whole new category within the home appliance industry, which hasn’t changed much since the introduction of the microwave in the 1970s."

See also: How Walmart Is Preparing for a Post-Pandemic Future

Early in 2021, when Walmart announced plans for the Smart Box pilot, Walmart SVP of Last Mile Tom Ward called the technology "intriguing both for customers and for Walmart’s last-mile delivery efforts." He also noted that the offering would open up the prospect for 24/7 delivery—a capability that "has a nice ring to it," Ward said last January.

On Jan. 12, Ward touted the rollout of HomeValet's Smart Box in a post on LinkedIn. "This is just another example of how we're continuing to identify ways for delivery to fit within our customers' busy lives, not the other way around," he wrote.