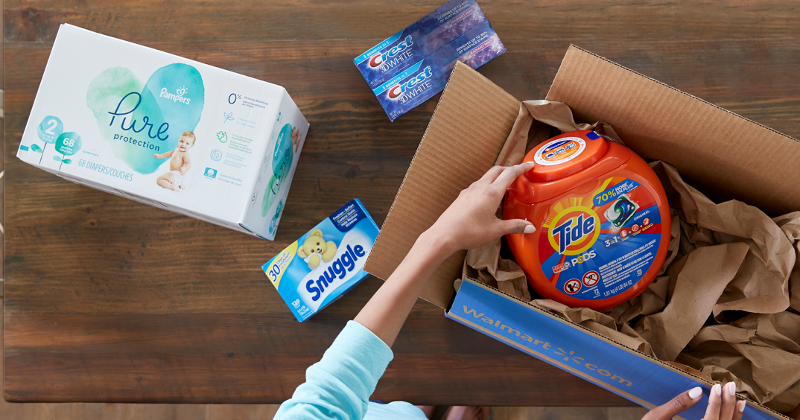 Walmart is launching a new offensive in its online war with Amazon with a free next-day delivery option on select Walmart.com items in three cities this week, with plans to offer the service to shoppers of 1,600 of its stores by year-end.

The announcement comes weeks after Amazon revealed it was at work on a one-day shipping option for paid members of its Prime loyalty club. Until now, both companies’ fastest fulfillment option was two days for eligible items and shoppers.

In a blog post, Walmart E-Commerce CEO Marc Lore said the offer could potentially lower fulfillment costs for Walmart because the eligible items are all in a single distribution facility in easy reach of customers. The service, which Walmart is calling NextDay, is available in Phoenix and Las Vegas and is expected to launch in Southern California later this week. It will roll out gradually over the coming months, with a plan to reach approximately 75% of the U.S. population this year, which includes 40 of the top 50 major U.S. metro areas.

“Contrary to what you might think, it will cost us less—not more—to deliver orders the next day,” Lore said. “That’s because eligible items come from a single fulfillment center located closest to the customer. This means the order ships in one box, or as few as possible, and it travels a shorter distance via inexpensive ground shipping. That’s in contrast to online orders that come in multiple boxes from multiple locations, which can be quite costly.”

Walmart has been working to increase shipping efficiency for some time, including repurposing 12 Sam’s Club locations that closed last year into local e-commerce fulfillment centers. Though it was not immediately made clear if those facilities would be used specifically for the NextDay offers launching this week, Walmart previously said they would be used to support faster local shipping times, including one-day deliveries.

Walmart said the selection of eligible items would vary by market but will include top-selling general merchandise items such as diapers, laundry detergent, toys and electronics. It is available on eligible orders of $35 or more. Shoppers who want next-day shipping will toggle onto a tab showing available items. All items in the basket must be eligible for NextDay shipping.