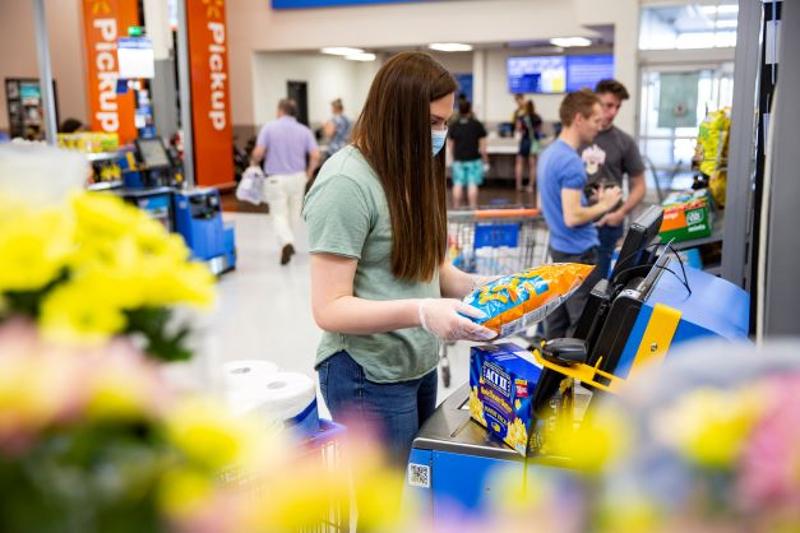 Things are looking pretty jolly at Walmart heading into the holidays.

The Bentonville, Ark.-based retail giant saw U.S. comps climb 9.2% in the third fiscal quarter of 2022, according to quarterly earnings Walmart released Tuesday—nearly as high as the 9.3% recorded in 2020's second quarter, at the peak of pandemic stock-up buying, and higher than consensus estimates of around 6.6%. Net sales at U.S. stores totaled $96.6 billion, and the average ticket climbed 3.3%.

In addition, Walmart U.S. transactions were up 5.7% year over year in the quarter that ended Oct. 29 after increasing 6.1% in the previous quarter. U.S. e-commerce sales picked up the pace in the third quarter, climbing 8% (and 87% on a two-year stack) after rising 6% in the second quarter.

"Our omnichannel focus is pushing digital penetration to record levels," Walmart President and CEO Doug McMillon said in a statement. "We gained market share in grocery in the U.S., and more customers and members are returning to our stores and clubs around the world. Looking ahead, we have the people, the products, and the prices to deliver a great holiday season for our customers and members." Walmart noted that U.S. inventories are up 11.5% heading into the holidays.

Sam's Club continued its own hot streak, recording comp sales up 13.9% and membership income up 11.3%—the fifth consecutive quarter of double-digit growth in that latter metric, Walmart Inc. noted in a news release.

The good sales news for the company prompted Walmart to raise its EPS guidance for the third consecutive quarter: Adjusted earnings per share are now expected to be around $6.40, up from previous guidance of $6.20 to $6.35.

Total revenue across Walmart Inc. in the quarter was $140.5 billion. Operating expenses as a percentage of net sales fell by 4 basis points, with higher labor costs offsetting lower COVID-19-related spend and strong sales growth, according to the company. Gross profit rate, too, was off, declining 42 basis points, "primarily due to increased supply chain costs, a higher mix of lower-margin fuel business in the U.S. and a shifting international format mix," Walmart reported.