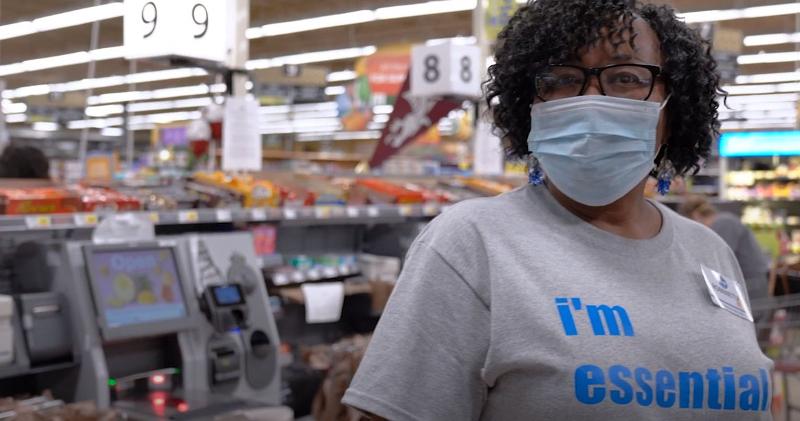 Late last week, a number of the nation’s largest grocery retailers announced funding to help improve diversity, equity and inclusion with Walmart ($100 million), Target ($10 million) and Kroger ($5 million) pledging millions in support of social justice. H-E-B had announced the creation of a $1 million fund earlier in the week.

The donations and statements have followed in the wake of demonstrations and spot looting that damaged and temporarily triggered some store closures across the country.

“To our black associates, customers and allies: We see you. We hear you. We support you. And I stand with you,” said The Kroger Co. CEO Rodney McMullen in a video address on the Cincinnati-based grocer’s social media platforms. The address condemned racism and injustice against the black community.

McMullen said the senseless killing of George Floyd, Breonna Taylor, Ahmaud Arbery and so many more have “shaken us to our core.”

“We believe the most important next step is to listen,” continued McMullen, who noted that Kroger is creating more opportunities for its associates to share their thoughts and experiences with discrimination, and for the company and leaders to listen more deeply and deliberately.

"Together we will build a more inclusive Kroger,” said McMullen. “It starts with all of us, and as CEO, it starts with me.” Kroger’s African American Associates Resource Group has developed a resource guide that will serve as a starting point, he added. The guide is available for download on the Kroger website.

Also last week, Target communicated to its customers from the heart of the heartache in Minneapolis, where George Floyd was killed by a police officer.

“We stand with black families, communities and our team members and are committed to ongoing resources that advance social justice and support rebuilding and recovery efforts,” said Target in a statement announcing its $10 million investment to support “long-standing partners like the National Urban League and the African American Leadership Forum, plus new partners in our hometown and across the country.”

The company is also providing 10,000 hours of pro bono consulting services for black- and people-of-color-owned small businesses, helping with rebuilding efforts. “And that’s just the start,” said Target, which will continue to listen and learn from its communities and nonprofit partners to better understand how the company can support their longer-term needs.

“Target stands with black families, communities and team members. As we face an inflection point in Minneapolis and across the country, we’re listening to our team, guests and communities, committed to using our size, scale and resources to help heal and create lasting change,” said Brian Cornell, Target chairman and CEO, in a recent note.

“Work is already underway in our hometown of Minneapolis-St. Paul. Team members have volunteered hundreds of hours toward hands-on cleanup efforts in heavily impacted neighborhoods, building on our company’s history of volunteering one million hours each year,” the note read.

Bentonville, Ark.-based Walmart and the Walmart Foundation said they would pledge $100 million over the next five years to create a new center on racial equity, CEO Doug McMillon announced in an email to employees.

“For all of our associates, we are thankful for the dedication and hard work you’ve poured into this demanding year, and we will spend time during this meeting to show our gratitude,” said McMillon, who explained that the center will work to help advance economic opportunity and healthier living, as well as strengthen workforce development and related educational systems, and support criminal justice reform.

Albertsons Cos. CEO Vivek Sankaran in an address to employees acknowledged that some of its facilities were damaged or closed amid demonstrations over the last week

“We will fix these stores and be back in business soon, but we have a more important agenda that demands our collective attention immediately,” he said in a memo to employees. “Among our hundreds of thousands of associates in the Albertsons Cos. family, a family that is not only large but also wonderfully diverse, I know there are people among us who face prejudice, hatred and intolerance. I know that many of you, like me, are scared, frustrated, angry, and want to see solutions and more progress.”

Sankaran arranged for a town hall gathering June 5 with representatives of its Division Diversity Councils and said the company was preparing talking points for store managers to share with their teams.

“We will do all we can to show our African American colleagues and other people of color that we stand with them,” Sankaran said. “We cannot put an end to racism by ourselves, but I know that when we stand united in combating it, we can make a difference in our communities and hopefully beyond them.