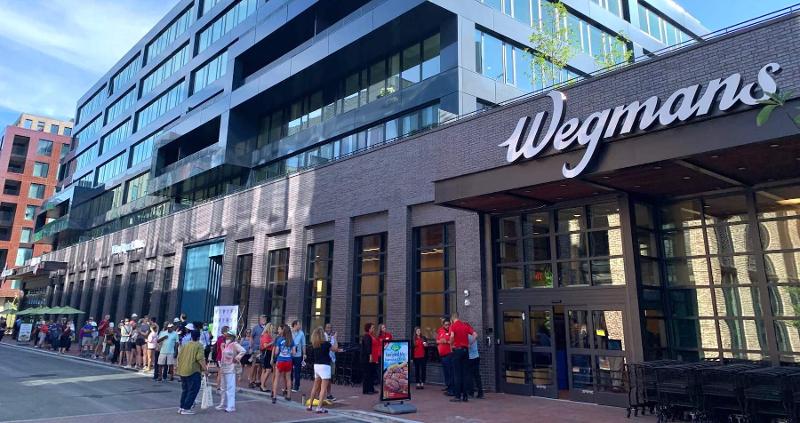 Lines of customers waiting to enter are a common sight at grand openings of new Wegmans stores. / Photo: Wegmans

Further expanding its regional footprint, Wegmans Food Markets aims to open two new stores in 2023 and has another five locations in its brick-and-mortar pipeline.

Plans call for an 85,000-square-foot supermarket to open in Reston, Virginia, on Feb. 1, the Northeastern and Mid-Atlantic grocer said Wednesday. The location will house a Market Café serving up fresh sushi, poke bowls, pizza, chef-made salads, sandwiches and packaged subs, among other items. The mixed-use site, accessible via the Reston Town Center Metro station, will have residential units above and parking below the store.

Slated to open in the second half of 2023 is Wegmans’ first Manhattan supermarket and second New York City location. The roughly 82,000-square-foot store will occupy space on the street and lower levels of the historic Astor Place building—a former Kmart site—at 770 Broadway. A 1.2-million-square-foot landmarked building, 770 Broadway is the site of the historic Wanamaker’s department store that Vornado Realty Trust (from which Wegmans secured a 30-year lease) transformed into premier office space for technology and media leaders such as Facebook, Verizon Media and Nielsen.

Rochester, New York-based Wegmans entered New York City in October 2019 with the opening of a 74,000-square-foot store at the Navy Yard development, just across from Manhattan in the borough of Brooklyn. 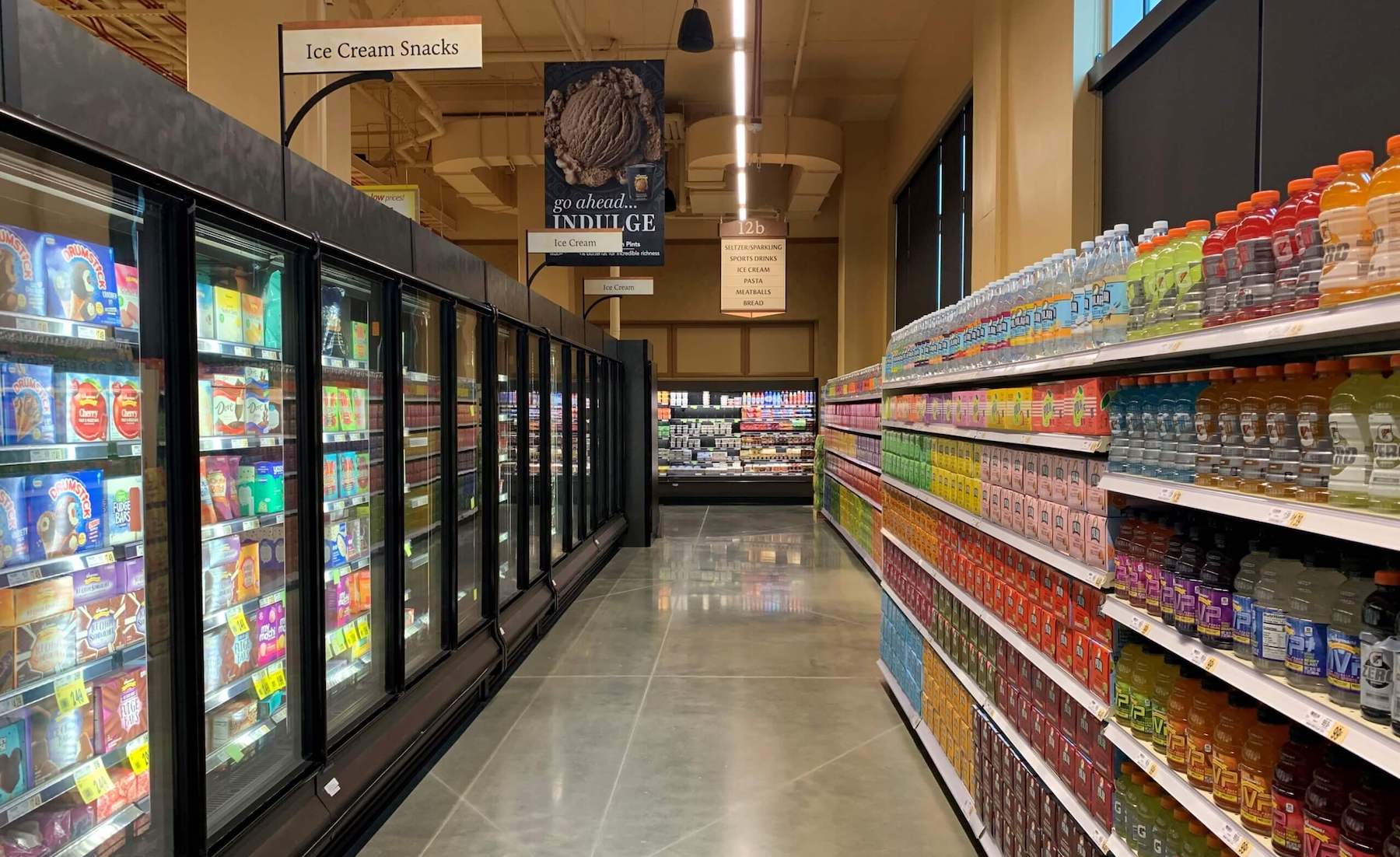 “We only open two to three stores a year, but we’re always busy focusing on different aspects of the store opening process,” Dan Aken, director of real estate at Wegmans, said in a blog post. “It’s amazing to see a site come to fruition once we can finally open our doors and welcome the community into the store.”

Indeed, communities often lobby Wegmans to locate a store in their area, as the retailer’s supermarkets are widely considered a neighborhood asset—including the jobs they provide, with each location employing 400 to 500 people. The chain said that, before opening day, thousands of employees are involved from site selection and construction to hiring and training, stocking, cleaning, and connecting with the local area. On average, it takes about five years from the time a store location is announced to when its doors officially open, Wegmans estimated. That includes typically 12 months for the store’s construction.

Grand opening days are “all hands on deck” affairs, according to Wegmans. For example, in preparation for the Wilmington store opening, Wegmans said it filled two 53-foot tractor trailers, a 25-foot box truck and three sprinter vans for the location’s signage, and it took a few weeks for staff and an installation vendor to post every banner, shelf tag and dimensional letter in the right spots.

The next phase of Wegmans store openings entails spreading the word to the community. That includes meetings with local leaders, nonprofits and school officials as well as a multimedia blitz encompassing flyers, digital campaigns, social media posts and press tours to get the attention of potential shoppers.

“Our goal is to be a good neighbor in every community we serve, even before a store is officially open,” stated Linda Lovejoy, community relations manager at Wegmans. “Engaging in these events not only helps with recruitment efforts, but it provides the store team with an opportunity to establish relationships with the community they will serve.”

Wegmans' first Manhattan store, to be located in the historic Astor Place building (above), is due to open in the latter half of 2023 and will mark its second New York City store. / Photo: Vornado Realty Trust

Anyone who has seen or attended a Wegmans grand opening knows it’s a high-fanfare event, as evidenced by the customers lining up to enter the store and associates scrambling to ensure that everything’s in order for the new location’s premiere, including fully stocked shelves, well-aligned products and spotless aisles. The grocer noted that the leadership team greets customers as they walk into the new Wegmans.

“The excitement of opening day is unmatched. All the hard work has finally paid off, and the store employees have a chance to really shine and show the community what Wegmans is all about,” Bob Farr, senior vice president of store operations for Wegmans, commented in the blog.

Though no dates have yet been announced, a handful of more grand opening events are in the hopper. Future store sites include Rockville, Maryland; Yardley, Pennsylvania; Norwalk, Connecticut; Holly Springs, North Carolina; and Lake Grove, New York, according to Wegmans. The Holly Springs store would mark the chain’s southernmost location and fifth in North Carolina, while the Norwalk location (95,000 square feet, two levels) would be its first in Connecticut.

Similarly, the Lake Grove store (100,000 square feet) would represent Wegmans’ first location in New York’s Long Island. Wegmans only recently has begun growing its presence in the lucrative metropolitan New York market, which covers parts of New York, New Jersey and Connecticut. The company operated a store in Woodbridge Township, New Jersey, for years before entering New York City with the Brooklyn Navy Yard location. That was followed in August 2020 with a store in Harrison, New York, situated in Westchester County north of Manhattan.