Neon Rainbows, a New England-style India pale ale, is the first product to be produced at Ommegang’s new canning facility at its brewery in Cooperstown, N.Y. Ommegang was co-founded by and is now owned by the Belgium-based brewer Duvel Moortgat. 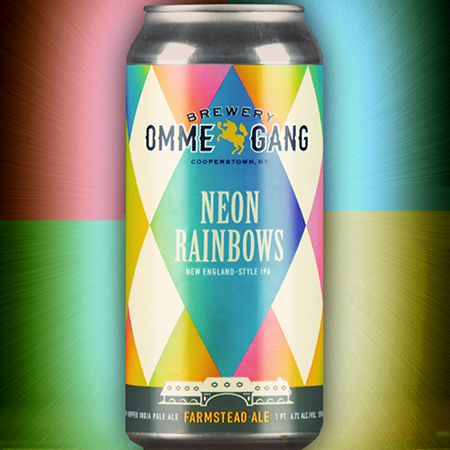 Rochester, N.Y.-based Wegmans said Neon Rainbows packages would be delivered by distributors to Wegmans stores from Sept. 27 to Sept. 29, or within three days of leaving the new Ommegang canning line. In a blog post, Wegmans likened the Ommegang deal to partnerships with local produce suppliers delivering in-season fruits and vegetables directly to its stores.

Canned beer is quickly growing in popularity among brewers and consumers, particularly among craft brewers, Wegmans said, owing in part to sustainability concerns and also to improved technology. Previous Ommegang beers available in cans were outsourced to a canning operation at the FX Matt Brewing Co. in Utica, N.Y., according to Ommegang.

“Having a smaller canning line enables us to produce small runs and to experiment with a variety of beers in this packaging format,” said Rick DeBar, technical manager for Ommegang. “It also helps us ensure that cans will always be fresh since there won’t be large volumes sitting on shelves.”