Online grocery platform Instacart has appointed Nick Giovanni as chief financial officer, effective Jan. 27. Giovanni will oversee finance, accounting and corporate development for the San Francisco-based company and will report directly to founder and CEO Apoorva Mehta. Giovanni will succeed current CFO Sagar Sanghvi, and the two “will be partnering together to ensure a seamless transition,” the company said. 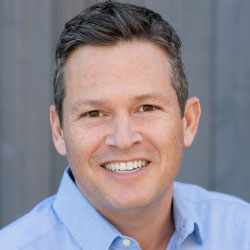 Giovanni comes to Instacart from Goldman Sachs where he worked for more than 20 years, advising clients on hundreds of financing, strategic and investing transactions, including some of the largest financial transactions and public offerings of the last two decades for companies such as Airbnb, DoorDash, Square, Twitter, Snap, Dropbox, Yelp, Zynga, eBay, Meituan and Baidu, as well as direct listings for Spotify and Slack, Instacart said.

The new CFO’s experience with high-profile IPOs seems a strong fit for the online grocery platform, given longstanding market speculation and recent reports that an Instacart public offering is imminent. In November, Reuters reported Instacart had picked Goldman Sachs Group to lead its initial public offering, “which could come early next year and value the U.S. grocery delivery app at around $30 billion.” A month earlier, WGB reported that Instacart had raised another $200 million,increasing its valuation to $17.7 billion.

“As we look ahead, Nick’s finance experience, operational discipline and deep understanding of complex marketplaces like ours will be instrumental to Instacart. He’s regarded as one of the most respected and accomplished technology and internet investment bankers, and he’s played a pivotal role advising some of the world’s most prolific companies, founders and management teams as they’ve scaled from being private companies to global leaders, Mehta said.

“For years, Nick has served as a trusted adviser to Instacart, supporting our business as we’ve grown to become the North American leader in online grocery. We’re excited to now welcome him as our new CFO, where he’ll help steer Instacart’s next chapter of growth and strengthen our position as an essential service for consumers, shoppers and partners,” he continued.

Jeff Zell, a Philadelphia-based senior research adviser for IPOBoutique.com, in an interview with WGB this week said the time could be right for an Instacart IPO, given the success of DoorDash's smashing public debut.

“Obviously with DoorDash going public and having quite the fanfare, that entire space is something investors are really paying attention to now,” said Zell. “Right now, the environment for tech IPOs and disruptors just like that one, are extremely high, and as the old saying goes you never know when the window is going to close. Sometimes it’s better to bring a company public sooner rather than later, when there are blue skies ahead.”

“Our family has relied on Instacart for years and I'm thrilled to join the team during such a unique time for the company. Instacart is helping to bring the grocery industry online for consumers, retailers, advertisers and shoppers,” said Giovanni in a release. “It’s been particularly impressive to watch Instacart successfully scale its operations and technology over the last year during a period of unprecedented growth. Apoorva and the talented management team have built a lasting business in a massive market that’s poised for continued online growth. I look forward to partnering with them as we focus on delivering long-term value for our customers, shoppers and partners.”

Instacart, which today partners with more than 500 national, regional and local retailers to offer delivery and pickup services from nearly 40,000 stores across more than 5,500 cities in North America, has also recognized the role Sagar has played in building the business available to 85% of U.S. and 70% of Canadian households.

“We want to thank Sagar for all of his contributions to Instacart over the last five years. During his time at the company, Sagar helped us navigate some of our biggest business milestones while significantly strengthening our financial profile. From building up our financial rigor to helping us successfully scale our business during a year of unprecedented growth, I’m proud of how Sagar and our talented teams effectively managed triple-digit surges in customer order volume, doubled the size of our shopper community and expanded our marketplace to welcome hundreds of new retailers,” said Mehta.