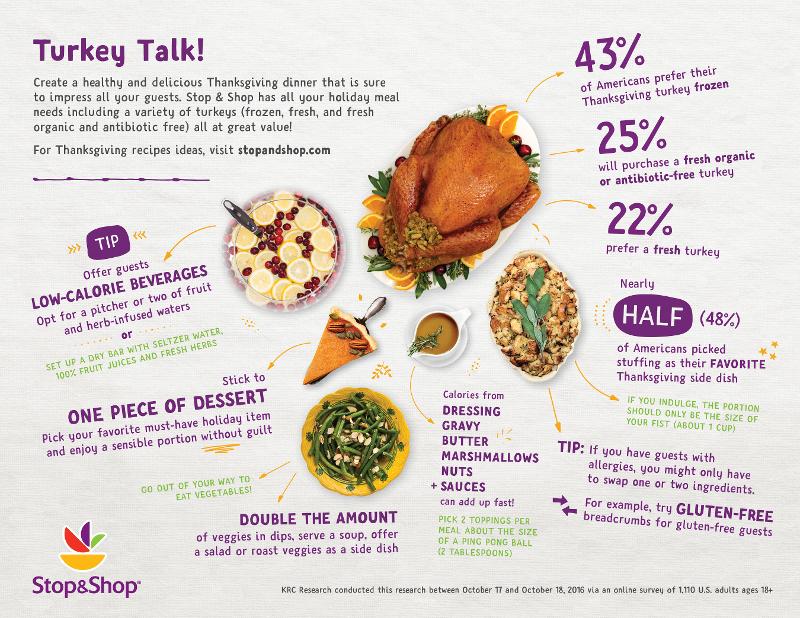 A recent national survey commissioned by grocery store retailer Stop & Shop has revealed what consumers favor on Thanksgiving. While Thanksgiving is a holiday that revolves around family with close to half (49 percent) of Americans said spending time with family and friends was what they loved most, nearly a quarter (24 percent) said eating is their favorite part of the holiday, the survey found. The survey was conducted to ensure Stop & Shop has the widest variety of fresh and frozen turkey offerings—including its fresh, antibiotic-free and organic turkeys from its Nature's Promise line—that customers can feel good about serving their family.

When it comes to side dishes, nearly half (48 percent) of Americans agreed stuffing is the best side that goes with turkey, although mashed potatoes are a close second choice with 31 percent of people planning to fill their plates with that starchy goodness. Squash was the least favorite garnering just two percent.

This Thanksgiving, people living in the Northeast prefer their Thanksgiving turkey frozen (36 percent), however, 25 percent of Americans will purchase an organic/antibiotic free fresh turkey, while 27 percent will be serving a traditional fresh turkey.