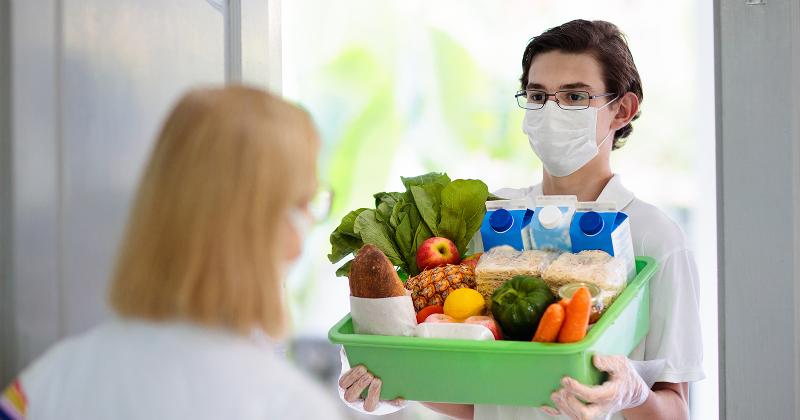 The COVID-19 crisis has put grocers under pressure to improve e-commerce capabilities. It is also proving a busy time for those who can help them do just that. Bringg, the Tel Aviv-based delivery orchestration platform that works with giants such as Walmart, has in recent weeks rolled out a new solution for independent grocers and closed a $30 million funding deal. Bringg CEO Guy Bloch discusses the delivery dilemmas in the following email interview, which took place April 16.

Jon Springer: What can your data tell us about how the demand for e-commerce grocery in the U.S. has changed since the onset of COVID-19?

Guy Bloch: In short, we’ve jumped years into the future in terms of adoption and volume in the matter of a few weeks—there has been an 80% growth rate on our platform over the past 30 days alone.

Grocery deliveries were already big business even if they made up a small portion of overall grocery sales, but what this spike tells us is that they will now make up a much larger percentage. Once people get into the habit of ordering online and are introduced to its convenience, many will continue that behavior, even after the restrictions are lifted. A survey that came out this March found that 43% of respondents said they are either extremely likely or very likely to stick with online grocery buying.

What’s your estimate of the percentage of the U.S. grocery market that has shifted from physical to digital during this crisis? Where did it begin and—to the extent you can estimate—where does it end?

It’s difficult to say the overall percentage of the U.S. grocery market that has shifted online, but what we’ll certainly see is that in large grocery chains such as Kroger, where online made up a single digit percentage of revenue, the revenue percentage will jump to double digits and stay there. I don’t think we’re going to see online delivery overtake in-store grocery shopping for a while, but clearly, we’re moving in that direction much faster now.

How successfully (or unsuccessfully) are retailers meeting that demand? Here in New York City, for example, no one can find an available delivery window.

Not being able to find a delivery window is a widely experienced problem, and with this large of a shift this quickly, issues will remain. I think the key way to solve that problem in the short term is to give smaller grocery chains and local sellers the ability to launch a great delivery operation. We’ve introduced BringgNow so that smaller grocers can do that for free, connect to multiple fleets through our app and repurpose their own workers for in-house delivery with offerings like contactless delivery. Unlocking those untapped resources will be key as the market and bigger players add capacity. 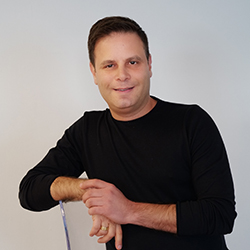 We’ve even seen even big specialists such as Amazon and Ocado in the U.K. struggle to meet demand since this crisis began. From your point of view, where are the areas that need the most attention to free that up? To what degree is it the picking and assembly, the availability of drivers, the technology, the supply, other issues?

There really is no magic cure amid this type of monumental shift over such a short period of time. Improving the efficiency of delivery through systems like ours will reduce waiting times. Enabling the smaller grocery players to deliver and increasing delivery capacity with third parties, rather than simply waiting to add capacity in-house, will alleviate the situation a great deal.

Tell me more about BringgNow, the offering aimed at smaller retailers. How does it differ from the services provided to larger retailers? I know this offering was fast-tracked as the crisis hit. What’s the interest been like? Who’s signed on?

It differs in that it’s an out-of-the-box solution that offers effective but basic features. Our enterprise-grade product is tailored to those with far more delivery complexity with far more volume and is customized over a matter of weeks to fit their specific needs with clockwork like precision.

BringgNow is free, it’s built for small- and medium-sized businesses, and it allows for essentials such as order management, repurposing of workers for deliveries, contactless delivery and connection to a couple of the major fleets out there, such as Postmates.

We’ve gotten a huge surge of interest, and we have a few hundred customers already, including stores with multiple locations. Our focus right now is perfecting that product and getting the word out to more businesses, and once that is accomplished, we’ll have an update with businesses that have signed up and signed off on sharing their stories.

On the latest funding announcement: Would this have come when it did absent of the crisis? Was there anything (size of the round, timing, participants) that changed because of it?

The funding round was moving forward half a year or more before this crisis and is meant specifically for growth and not to sustain the company day to day. The size of the round was what we expected and, while it’s natural for investors to be apprehensive in such an environment, it was clear both to those who participated in our previous rounds and new investors that this crisis has actually sped up adoption and made Bringg far more of an urgent necessity.

What’s the message you’d like to get out to U.S. food retailers today? What are the top things they could learn from this crisis?

Prioritize sustainable delivery now. There is extremely high loyalty when it comes to grocery delivery and most consumers stick to the service they begin ordering with, so it’s crucial that grocers launch delivery and get it right ASAP. And beyond that, they’ve got to make sure that their delivery options are far more efficient and less costly than the status quo, and part and parcel of that audit is making sure they aren’t completely handing over their customers to third-party marketplaces.

Those that move fast and get this right will make their business sustainable far into the future and ride the delivery wave.