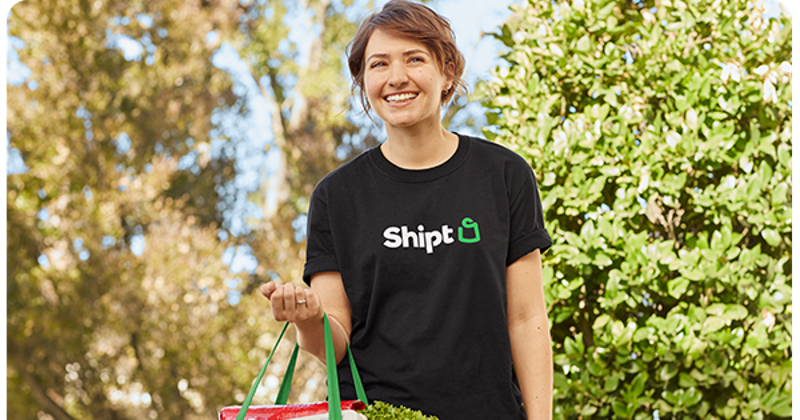 The spaceship has departed.

Shipt, the membership-based grocery marketplace owned by Target Corp., is retiring its spaceship logo for a new look that the company says emphasizes its “focus on people” and “lays a foundation” for an ongoing expansion beyond grocery.

The new logo features the word Shipt alongside a stylized green bag. “It’s bright. It’s friendly. It symbolizes the pride hundreds of Shipt employees and thousands of Shipt shoppers take every day in making sure you get exactly what you want, just the way you want it,” the company said in a blog post. “It’s also a friendly nod to our classic green shopping bags.”

Shipt was founded in Birmingham, Ala., in 2014 as a competitor to Instacart and has long sought to differentiate on service. Target acquired the brand in 2017 and last year appointed Kelly Caruso, a former Target SVP, as its CEO, replacing founder Bill Smith. Shipt runs independently of its Minneapolis-based parent.

Shipt in the past year has added 29 new retailers to its marketplace, expanding into areas such as pet foods, cookware and office supplies. More than 100,000 independent contractors work as shoppers for Shipt, according to the company.

“With this new look, we stay true to our friendly and trustworthy values that attracted our earliest fans, while creating space to grow with the demand—to honor our heritage while laying a foundation for 2020 and beyond,” the company said.

Shipt offers its members unlimited deliveries for an annual fee of $99.