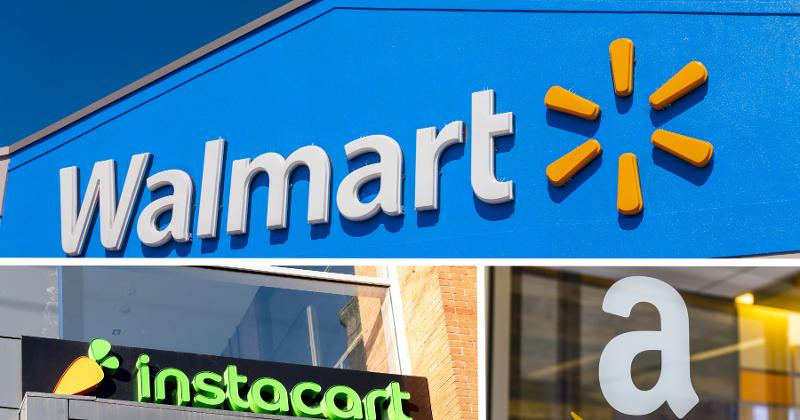 Instacart has been in the news recently as word spreads that the company is creating the infrastructure it could use to go direct, using its own distribution centers in markets across the country to fulfill orders for shoppers, potentially cutting out its retail partners. Instacart just announced it has raised an additional $265 million to help fund its strategy; the funding gives Instacart a valuation of $39 billion—more than Kroger, the country's largest traditional supermarket retailer.

The day that many industry pundits have warned about—Instacart flipping from friend to foe—appears to be imminent. News that Instacart is looking into establishing its own fulfillment centers, along with their latest fundraising, and pressure to maintain a massive valuation as the company heads towards an IPO, all point to the very real possibility Instacart could go direct, disintermediating traditional retailers. (Editor's note: Instacart for its part has steadfastly denied this is the case.)

The news from Instacart comes as Jeff Bezos, Amazon’s founder and CEO, announced he’s stepping back from the CEO role so as to better focus on a few select initiatives. Among them: a focus on growing Amazon’s role in the grocery business. The company is charging ahead with physical store openings: Amazon Fresh just announced its 10th location, Amazon Go Grocery is scaling, and Whole Foods continues to evolve under Amazon’s control. But opening more Amazon stores is not all—there appears to be a bigger game afoot that may come to light soon.

And not to be forgotten, Walmart—with online sales up 79% in the last quarter over a year earlier—is investing heavily in fulfillment automation and digital infrastructure as it seeks to fend off Amazon using the momentum gained this past year and its 4,700 stores to help level the playing field.

The digital battle for grocery is poised to go nuclear, as Amazon, Instacart and Walmart unleash a take-no-prisoners war for hundreds of billions of dollars of annual grocery sales. As the proverb goes, “when elephants dance, the grass gets trampled.”

Past grocery industry battles have been waged between traditional retailers and have slowly played out region by region over time. But the coming retail war will be far different. Amazon and Instacart are not traditional retailers; both have massive economic resources, are digital natives and have a national presence and infrastructure.

And if you’re a conventional retailer consider this: Instacart and Amazon each know far more about your customers than you do.

Instacart delivers from more than 45,000 stores across 5,500 cities in North America and its service is available to more than 85% of U.S. households. Now consider that the company knows what specific products a given shopper is purchasing from each retailer Instacart delivers from. And don’t forget, Instacart knows the address, phone number and email of each of its customers.

Instacart and Amazon are fighting a war of intelligence, leveraging big data gleaned from across their massive platforms and using AI and machine learning to understand what products it should offer in each market along with powerful pricing insights. This, while many traditional retailers are still fumbling with accurate product descriptions and attributes.

Another sign the coming retail war will be different from the past: Instacart recently acquired over 250 patents from IBM as it seeks to bolster its intellectual property and provide a protected base for new innovation across its vast network. Amazon spent over $42 billion last year on innovation-focused research and development, according to macrotrends.net, and was one of the top companies for issued patents in 2020.

So what are traditional retailers to do?

Know your customers. Retail competition has shifted to the individual customer and knowing who your customers are along with their purchases and other information is no longer optional. This customer intelligence goes far beyond marketing personalization. “We’re seeing our retail clients extend customer intelligence into automating strategic personalization, customer-first merchandising initiatives, linking management performance incentives to customer growth and retention, into operations, and more,” says Shekar Raman, CEO of Birdzi Inc.

Evaluate your existing e-commerce capabilities. The pandemic was a stress test that uncovered many weaknesses and faults in retailers’ operations. According to Orlee Tal, CEO of Stor.ai, “We are seeing a growing number of retailers reassessing their current systems and working to deploy the next generation of e-commerce capabilities that blend the digital and physical shopping experiences. It’s now about customer-first commerce.”

Some additional things retailers should consider:

For traditional retailers, there is no time to lose. The coming battle over the future of the grocery industry is sure to be unlike any before in its speed, scope and scale. As Walmart’s CEO Doug McMillon recently stated, “There’s just so much change right now. I just celebrated my 30th year with Walmart, and there’s more change happening right now than at any point in those 30 years.”

Gary Hawkins is the founder and CEO of the Center for Advancing Retail & Technology (CART). He can be reached at gary.hawkins@advancingretail.org.