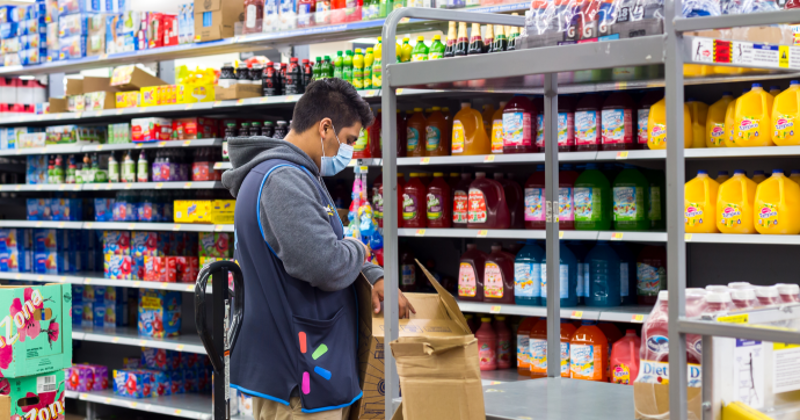 Grocery stores and other food and beverage retailers shed jobs in April as the U.S. economy recorded a weaker-than-expected overall gain of 266,000 jobs for the month.

The official U.S. unemployment rate stood at 6.1% in April—little changed from March after the Bureau of Labor Statistics (BLS) revised downward its March jobs numbers. Originally, the BLS reported that nonfarm employment had climbed by 916,000 jobs in March; in its April report, the bureau revised that gain down to 770,000 jobs.

Economists had been predicting that U.S. employers would add closer to a million jobs to their payrolls for the month.

Restaurants and bars accounted for more than half of April's job gains, adding 187,000 jobs for the month as more eating and drinking places reopened or added capacity following the easing of pandemic restrictions.

Food and beverage retailers, meanwhile, lost 49,000 jobs in April after losing 2,000 jobs in March. (For January and February, the sector had gained a total of 25,000 jobs.) General-merchandise stores shed 10,000 jobs in April. Other retail sectors such as clothing and accessories stores, sporting-goods/hobby stores and personal-care stores added jobs, leaving the retail industry overall with a loss of 15,000 jobs for the month.

Delivery services—couriers and messengers—gave up 77,000 jobs for the month, and manufacturing lost 18,000 jobs after two months of gains, possibly in part because of components shortages and other supply-chain challenges that have idled factories or prompted production cuts.

Average hourly earnings for private-sector production and nonsupervisory employees rose 20 cents in April to $25.45. "The data for April suggest that the rising demand for labor associated with the recovery from the pandemic may have put upward pressure on wages," the BLS stated in its report.