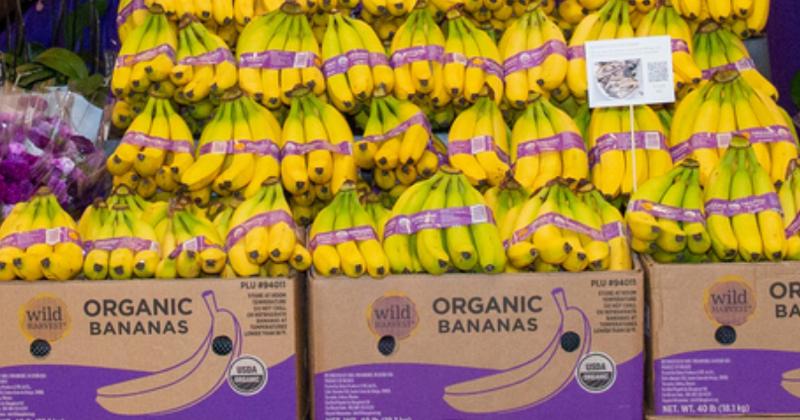 Looking to implement new processes and technologies to quicken delivery times, provide fresher produce to its customers, and expand its private-branded organic produce under its Wild Harvest label are a few of the new initiatives UNFI revealed in a recent announcement

To help the grocery wholesaler deliver the freshest product to its customers, UNFI said it’s consolidating its purchasing efforts and procuring many items directly from major Mexican suppliers allowing the product to then be transported directly to UNFI distribution centers via a McAllen, Texas, cross-docking facility, UNFI said.

Looking to accelerate the movement of product through its distribution centers and to retailers, UNFI said the new sourcing model and supply chain processes have improved inventory turnover and reduced inventory shrink. The changes have also allowed the grocery wholesaler to remove an average of more than a day from its supply chain during the past year, UNFI said.

“We know quality is the No. 1 driver for produce purchases, which is why we are fanatical about freshness at UNFI Produce,” said Dorn Wenninger, SVP of Produce at UNFI. “In line with UNFI’s overall strategy to harness technology and data to serve our customers better, these initiatives allow us to remove over a day from our supply chain and provide a fresher product to our customers and their shoppers. Our team is already seeing the positive results of our efforts to deliver the freshest produce to our customers and I’m looking forward to continuing to evolve UNFI as a best-in-class produce organization.”

Expanding its private-branded organic produce under its Wild Harvest label is another initiative, UNFI said. The newly launched Wild Harvest organic bananas, which have performed well thus far, is just a one of a dozen additional key items that will be introduced throughout the remainder of 2022, UNFI said.

Using data to create a culture of quality, UNFI also recentlyimplemented Share-ify, a real-time, cloud-based, tablet-enabled quality control program, which allows the grocery wholesaler to ensure its growers and suppliers are providing the freshest produce possible.

The technology is currently in use at half of UNFI’s produce distribution centers and will roll out to the remainder by this September, UNFI said. Industry veteran Susan Akin will serve as director of quality assurance, overseeing the quality control programs.

“The power of the data we now have in our hands is immense,” said Wenninger. “Our new technology updates provide greater transparency in our supply chain, better protecting our customers and helping us to provide them with the freshest, highest-quality produce available. But we’re not just investing in technology. With the addition of Susan and several other leaders to the team, we’re assuring that we have the expertise, focus, and leadership to excel in unleashing the power of data for our customers.”