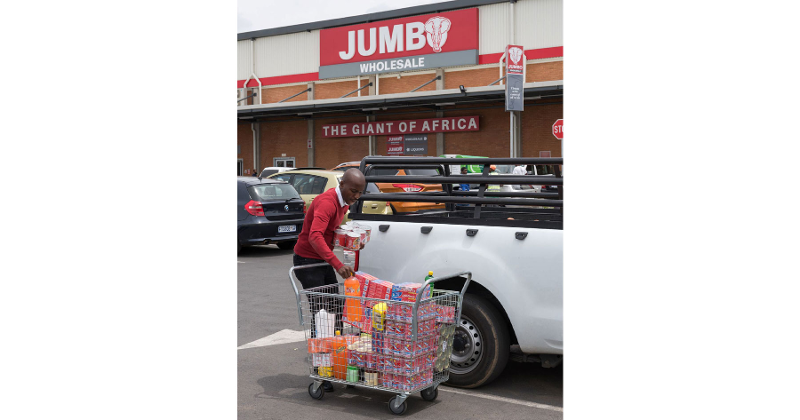 Looking to stay ahead of Amazon in Africa, Walmart on Monday said it has reached an agreement in principle to buy out the shares it doesn't already own of Sandton, South Africa-based retailer and wholesaler Massmart.

Walmart took a 51% stake in Massmart in late 2010, with then-Walmart International CEO (and current Walmart Inc. CEO) Doug McMillon saying at the time that the deal fit "perfectly with our strategy to enter high-growth markets in which we can apply our global expertise and generate strong returns." In June, Business Insider reported that Amazon planned to launch service in South Africa in early 2023, with additional expansion planned in Nigeria. That news came on the heels of an analysis from Edge by Ascential predicting that Amazon would overtake Walmart as the largest retailer in the U.S. by 2024.

On Monday, Walmart announced that it had proposed buying outstanding shares of Massmart for ZAR62 per share ($3.65 USD), a 53% premium over the stock's closing price on Friday. The bid reflects the retailer's confidence in "the impact [Massmart] can have, providing people across the region with greater access to goods and services they want," current Walmart International CEO President and CEO Judith McKenna said in a statement.

According to its corporate website—which identifies the company as "Massmart powered by Walmart"—Massmart operates 408 stores in 13 sub-Saharan countries, with retail and wholesale banners in the general-merchandise, home improvement and grocery space. Leading food and beverage formats include Cambridge Food, Rhino and wholesale club Jumbo.

Walmart began paring its international portfolio several years ago to focus on what viewed as its highest-potential global markets. In 2018, it sold its majority stake in its Brazil business at a net loss; in 2020, it sold majority stakes in both the U.K.'s Asda chain in Japan's Seiyu (with Walmart maintaining a minority stake in both) and offloaded its Argentina business to a Latin American retail investor. Meanwhile, Walmart has invested heavily in—and touted the performance of—Flipkart in India, in which it purchased a 77% stake in 2018 for $16 billion.

Walmart and Massmart also on Monday said that current Massmart CEO Mitchell Slape will step down at the end of the year, with current COO Jonathan Molapo moving up to chief executive on Jan. 1, 2023. Massmart described the move as unrelated to Walmart's offer and praised Slape for his leadership, saying his guidance contributed to the successful execution of more than 30 turnaround projects for the company.

Molapo joined Massmart in January after serving for more than three years of South Africa-based Astron Energy. "Having had the opportunity to get to know Jonathan since he joined the company, we look forward to working alongside him as CEO and building on our commitment to South African customers, associates and partners," McKenna stated in Walmart's news release.