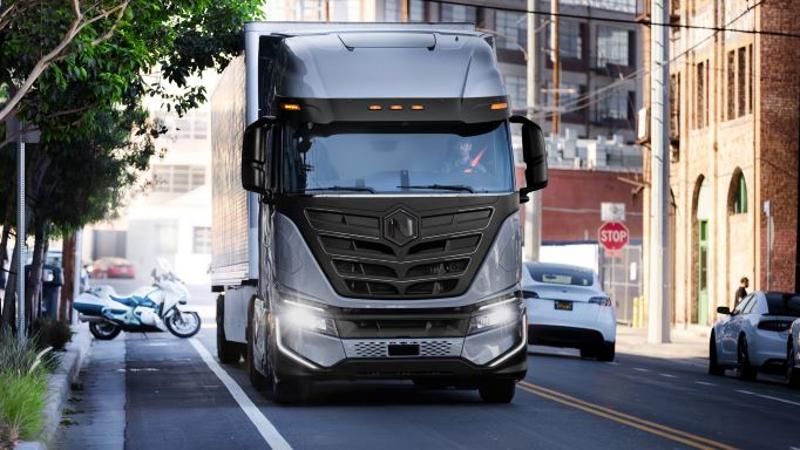 Hydrogen, natural gas and electric all are on the road ahead for Walmart as the retailer looks to cut its transportation emissions en route to meeting a company goal of zero emissions across Walmart's global operations by 2040.

In a blog post June 8, Walmart SVP of Transportation Fernando Cortes said the company will pilot the use of a variety of lower-emission fuel sources in Walmart trailers and yard trucks, evaluating the new options' costs and performance along the way as Walmart seeks to "determine the best recipe for building a Walmart that is regenerative in action."

Compressed natural gas supplied by Chevron will fuel new 15-liter natural gas engines made by Cummins that will go into a handful of Walmart over-the-road trucks starting next year, Cortes wrote. Later this year, Walmart will begin testing a new hydrogen fuel-cell yard truck made by Longview, Texas-based Capacity. Liquid hydrogen already fuels many forklifts in use at Walmart grocery distribution centers, Cortes noted, and although the use of hydrogen for over-the-road trucks remains in early development (and, right now, prohibitively expensive), Walmart sees promise down the road in the technology. Hydrogen has a higher range than battery-electric—around 400 miles—and offers faster refuel times and less dependence on the electric grid, Cortes wrote.

Lighter-weight and shorter-haul trips are the most efficient application for electric energy in Walmart's fleet, he continued, given the weight and range of current electric-battery trucks. Walmart has been running zero emissions electric yard trucks in its distribution centers over the past year and found that they generate approximately 50% fewer emissions than diesel trucks after taking into account the energy cost of producing and delivering the electricity used to power them. "Our goal is to continue working to pair these trucks with renewable energy like wind, solar, or hydro powers, so we can achieve a true 100% emission reduction," Cortes wrote.

In addition, Walmart also recently wrapped a two-month trial of the company's first refrigerated trailer operated on battery electricity in the United States. The trailer is designed to run exclusively on electricity until its batteries are fully depleted, at which point it will switch over to diesel power, according to the company. In the pilot, which ran 18 routes between a grocery distribution center in Shafter, Calif., and area stores, the trailer ran on electricity 83% of the time, wrote Cortes.

"Our hope is that by testing and learning, we can find the right recipe to reduce greenhouse gas emissions and create a less impactful transportation fleet, all while still delivering the freshest food and goods to our customers," he concluded.