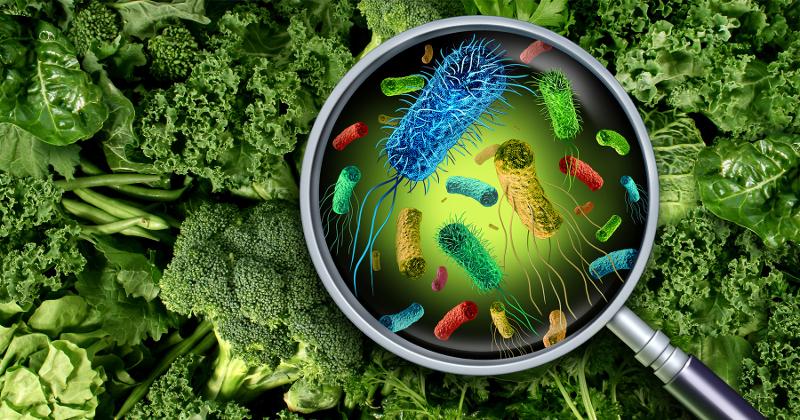 Federal and state health officials are trying to pinpoint what food is the source of an ongoing E. coli contamination that has already sickened 37 people in the Midwest.

Because a number of the victims reported eating a Wendy's sandwich that was topped with romaine lettuce, the burger chain has voluntarily stopped using that ingredient at restaurants in Michigan, Ohio and Pennsylvania, the Centers for Disease Control and Prevention (CDC) said Monday. The federal food safety watchdog said it has not validated that the lettuce is the cause, and stressed that it is not advising the public to avoid Wendy's. It also noted that the romaine used as a sandwich garnish is not the same lettuce used in Wendy's salads.

No connection has been made to an alert that was issued Thursday by the U.S. Department of Agriculture about a suspected E. coli contamination of ground beef in Hawaii. The department’s Food Safety and Inspection Service (FSIS) said the meat has been distributed to restaurants and supermarkets in the island state by a local purveyor, Hawaiian Beef Producers LLC. No recall was issued because the product, marketed under the name Hawaii Big Island Beef, is no longer being sold.

FSIS said it knew of no victims of the suspected Hawaiian contamination to date.

Authorities say the Midwestern outbreak has thus far been limited to Ohio, Michigan, Indiana and Pennsylvania . A single food source is suspected because DNA analysis has shown a common gene makeup of the bacteria samples that were taken from victims.

According to the CDC, the reported instances of E. coli poisoning occurred between July 26 and Aug. 6. Ten of the infections warranted hospitalizations, but no fatalities were reported.

In an update Monday morning, the agency said that an analysis of what the victims ate revealed that a number at eaten at Wendy's. The CDC indicated that a variety of products had been consumed, but that a garnish of romaine lettuce was frequently included.

We are fully cooperating with public health authorities on their ongoing investigation of the regional E. coli outbreak," Wendy's said in a statement. "While the CDC has not yet confirmed a specific food as the source of that outbreak, we are taking the precaution of discarding and replacing the sandwich lettuce from some restaurants in that region."

The CDC said the tally of consumers sickened in the outbreak will likely grow over the next month as more victims seek medical help and health professionals report the instances to authorities.

The CDC said it is being assisted in its hunt for the source food product by the U.S. Food and Drug Administration and the FSIS as well as public health officials in Ohio and Michigan.

E. coli can evoke such flu-like symptoms as vomiting and diarrhea. In some cases, a toxin produced by the bacteria can cause death by damaging a victim’s kidneys.

It can usually be destroyed by heating contaminated food to at least 160 degrees Fahrenheit.

Update: This story has been updated to include Wendy's removal of romaine lettuce from certain restaurants and a statement from the burger chain.