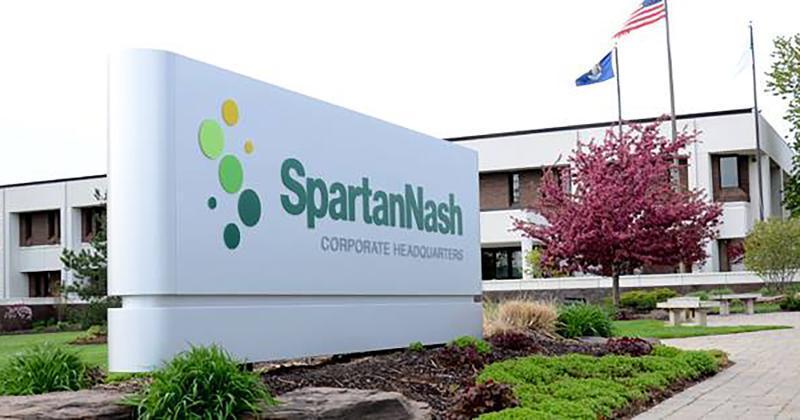 Dennis Eidson, who served twice as CEO of SpartanNash and is currently its chairman, will retire when his term expires at the company’s 2021 annual meeting on May 26, the Grand Rapids, Mich.-based wholesaler and retailer said.

The board has nominated Douglas Hacker to succeed Eidson as chairman. Hacker has been the wholesaler and retailer’s lead independent director since 2018 and a board member since 2013.

Eidson, who joined Spartan Stores in 2003 as chief merchandising officer and became CEO for the first time in 2008, was an influential figure, leading a merger with its larger rival Nash Finch. Upon retiring as CEO in 2017, he became SpartanNash’s chairman. Eidson returned as interim CEO in 2019 while the company was struggling with an acquired fresh-food processing business. Tony Sarsam was named Eidson’s successor as CEO last year.

During Eidson’s tenure with the company, SpartanNash grew its annual revenues from $2.1 billion to $9 billion.

“It has been a privilege to be a part of SpartanNash’s growth and transformation over the years,” Eidson said in a statement. “I have been fortunate to work with a talented board and management team throughout my tenure, including Doug. His expertise, insights and deep knowledge of SpartanNash’s business make him the logical choice to serve as chairman. As we make this planned transition, I have full confidence that the board, along with CEO Tony Sarsam and our entire management team, are well-equipped to make the most of SpartanNash’s considerable opportunities.”

Hacker was a director of Nash Finch from 2005 until its merger with Spartan.

“It’s an honor to be nominated to succeed Dennis as chairman. Few executives have accomplished more than Dennis during his nearly 20 years of leadership at SpartanNash,” Hacker commented. “On behalf of the board and all of us at SpartanNash, I want to thank Dennis for his distinguished service as we continue his unwavering commitment to driving growth and shareholder value.”