Steven Spinner, who led the transformation of United Natural Foods Inc. (UNFI) from a specialty distributor  to a mainstream supermarket wholesaler, has informed the board of directors that he intends to retire as CEO of the company no later than July 31 of next year. 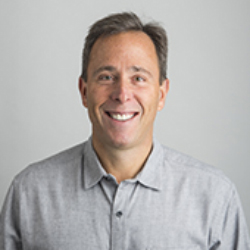 The Providence, R.I.-based distributor said it has initiated a search for Spinner’s successor and has engaged a leading executive search firm to assist in the process. The CEO search will include both internal and external candidates.

Spinner has agreed to remain on the board of UNFI to serve as its executive chairman following his retirement as CEO.

“It has been my honor to lead UNFI over these past 12 years and a pleasure to have worked alongside our exceptional associates. We serve an important mission of delivering food to millions of people every single day. When reflecting on my tenure as CEO, I’m most proud of our people and our culture, where our shared beliefs drive everything we do. The future has never been stronger for UNFI as our integration work is nearing completion, and we now look toward expansion of new services, technologies, brands and our vast supply chain network,” Spinner said in a statement.

“In close collaboration with the board, I decided now is the right time for the company to transition to its next leader. As we enter the next chapter, I have great confidence in the strength of our team and the opportunities ahead and look forward to my continued service as executive chairman.”

Spinner has been UNFI’s CEO since 2008, arriving from Performance Food Group. His tenure was marked by the “mainstreaming” of the natural foods movement and the growth of its biggest retail client, Whole Foods Markets. UNFI is the primary natural foods supplier for hundreds of U.S. independent natural food stores and has natural food supply agreements with several mainstream supermarket chains.

Spinner was instrumental in growing UNFI into new categories behind the purchase and integration of several specialty and fresh-food suppliers that helped clients bring natural and organic fresh foods and delis to their stores, and helped to orchestrate the $2.9 billion acquisition of its larger mainstream counterpart, Supervalu, in 2018, becoming one of the largest wholesalers for grocery chains and independent retailers. That deal came with a share of controversy and difficulties meeting initial projections, but Spinner maintained a contention that scale would win in retail food over the long term, and improved performance at UNFI was evident as the pandemic hit.

UNFI’s annual revenue under his watch grew from $3 billion to more than $26 billion.

“Over the last 12 years, Steve has made many valuable contributions to UNFI, including growing our customer base, adapting our business to the demands of the digital marketplace, executing on value-enhancing acquisitions and, most recently, fulfilling UNFI’s role as a critical link in the North American food supply chain during an unprecedented global pandemic,” said Peter Roy, UNFI’s lead independent director. “Throughout his tenure, Steve has methodically and consistently led UNFI to new heights, increasing annual sales from $3 billion to over $26 billion today. At the same time, Steve has fostered a strong set of core values across the company, building and inspiring a talented team around him and living UNFI’s commitment to serve our customers and the communities in which we operate.”

UNFI made the announcement late Sept. 28 accompanying the release of financial results for its fiscal fourth quarter ending Aug. 1.

Earnings per share of 89 cents beat consensus estimates of 74 cents.

The company posted a fiscal-year loss of $274 million, including $425 million of pre-tax goodwill and asset impairment charges recognized in its fiscal first quarter. Sales in the fiscal year increased by 18.9% to $26.5 billion.