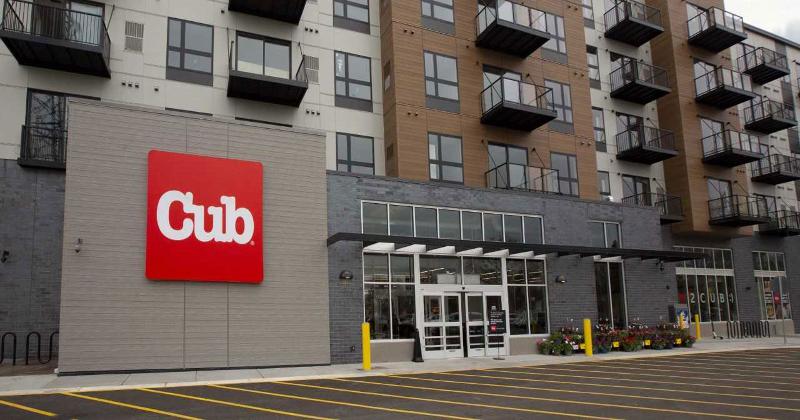 Citing a merger-and-acquisitions environment slowed by the COVID-19 pandemic—and a sudden and perhaps sustained resurgence of retail food sales that have come along with it—wholesaler  United Natural Foods Inc. (UNFI) said it has temporarily taken its Cub Foods store banner off the sales block and will instead run it as an ongoing business with dedicated staff.

The change is something of a happy coincidence for UNFI, which has made no bones about its intentions to divest itself of the legacy retail banners from its acquired rival, Supervalu, including Cub and the Washington-area chain Shoppers Food—but had been largely unsuccessful in that effort. The onset of the pandemic, however, delivered a massive shift in consumer spending away from restaurants and toward food retail, and the combination of low M&A interest and rising sales sparked the company to put their potential sale on hold. Property sale-leaseback deals UNFI had also been pursuing for those assets will similarly be paused for a period of 24 months, UNFI CEO Steve Spinner said in a conference call with analysts this week.

“We don’t want to own retail forever. We’ve said that publicly,” Spinner said, according to a Sentieo transcript. “But we just don't feel like [a sale is] in the best interest of our shareholders—it’s just not the right time to do it.”

Separately this week, a proposed deal between Stop & Shop and its Long Island, N.Y., rival King Kullen, unraveled, also due to what Stop & Shop referred to as “unanticipated challenges” associated with the COVID crisis.

Both UNFI and Supervalu—which had tried to unload its stores before UNFI acquired it in 2018—had drawn little interest beyond piecemeal sales of the now-dissolved Shop n’ Save and Farm Fresh banners, along with a handful of Shoppers Food stores among multiple buyers. UNFI had been holding out for a deal on Cub—a Minneapolis-area market-share leader—and had anticipated making a deal for them at some point this year.

That plan is now on hold, and support staff that until now had divided duties between wholesale and retail, will now focus entirely on Cub and what Spinner said were “select” Shopper Food stores. Those stores combined do about $2 billion in a sales a year—a growing food-at-home trend, combined with plans to support stores with renovations and better technology—could make them more markable when the acquisition climate returns, officials said.

Spinner said current offers for its retail banners are not in the range of what “a shareholder in UNFI would be comfortable with,” but added, “when you look at the results of our retail banners, our teams have just done spectacular work. The [stores] are an important part of the communities. … And so we'll wait until there's stability in the market and there's demand for really healthy retailers. … Now is not the right time to disturb the communities and everything that's going on with the retailing of food.”

Sales in the period met the preannounced figures of 11.8% growth to $6.7 billion, but gross margins declined 37 basis points as lower shrink that came with the volume was more than offset by a sales mix, lower vendor funding.